Jelizaveta Polstjanaja has been told to participate at her own expense 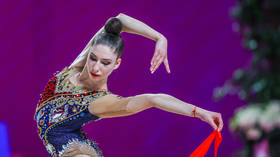 Jelizaveta Polstjanaja, the Latvian rhythmic gymnast who was born to Russian parents, has been told by the Latvian Gymnastics Federation that she must fund her own competition expenses if she is to represent the country at upcoming tournaments, amid an ongoing row in which she claims she was issued an ultimatum to renounce her Russian citizenship.

The 19-year-old Polstjanaja was born in the Latvian city of Jurmala to Russian parents and has lived in Moscow all her life, but in 2018 was granted Latvian citizenship – a development which marked the beginning of her representing the country in international events.

Polstjanaja claims that she was informed at the time that there would be no issues with her continuing to hold a Russian passport while representing Latvia, but recently said that she was told that in order to compete for the country at the upcoming World Championships, she must renounce her Russian citizenship – a claim which has been denied by figures within the the Latvian Olympic Committee (LOK).

They instead said that Latvian law forbids the provision of funds to athletes who hold dual Russian citizenship – a move enforced by the Latvian Olympic Unit (LOU), a body which oversees the funding of athletes with state funds.

The LOK added that it is the decision of the Latvian Gymnastics Federation as to whether or not Polstjanaja can compete under the Latvian flag – and it was confirmed that gymnastics officials contacted Polstjanaja to enquire if she planned on giving up her Russian citizenship, as this would directly affect whether or not she was eligible for state funding.

They deny that any form of ultimatum was used in their discussions, but following a board meeting in which the issue was discussed, the Latvian Gymnastics Federation say that Polstjanaja can continue to compete under their banner, but that she must fund her own expenses.

“[The Latvian Gymnastics Federation] informs [you] that in 2022, you can participate in the planned International competitions (FIG) in the World Challenge Cup Cluj-Napoca and the World Championships at [your] own expense,” they wrote in an open letter to Polstjanaja.

The letter goes on to list an array of events at which Polstjanaja can compete and asks for a response within one week of her receipt of the letter. 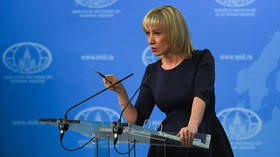 Polstjanaja, though, had previously detailed what she saw as being an unfair proposition when she was asked if she would consider ending her Russian citizenship – and added, before the open letter was received, that she has been self-funding her own expenses at events.

“People who know my family understand that if it was only about money, it wouldn't be a problem at all,” she told RIA Novosti Sport.

“For two and a half years from the moment we received Latvian citizenship, we financed ourselves. All at the expense of parents – trips to tournaments and training camps, flights, accommodation.

“There is such a system that in order to receive state funding, you need to get into the Olympic team. Only after I began to have some results at the Grand Prix and World Cups, I was included in the national team – this happened in 2021. Only from that moment I was financed by Latvia. In general, money is not the main thing, although they all present it that way.”

She added of the furor: “I will not tolerate outright lies in my direction. In any situation, you need to remain human, and when at this level they just start to lie… I have proof.”

Furthermore, Polstjanaja said that the row is directly impacting her ability to prepare for the 2024 Olympics.

“Since June I have been living in a state of uncertainty,” she said.

“Now it is also unclear, because many assumed that some other country would offer me the opportunity to compete for them. But I can say that I will not train just for the sake of training. I had a specific goal – the Olympics in Paris. As soon as I understand that it is unattainable, I'm done. Health no longer allows you to train aimlessly.”