Kremlin reacts to US economic pressure 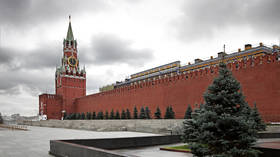 Washington’s declaration that Russia no longer qualifies as a market economy not only puts pressure on Moscow but will have repercussions globally, Kremlin spokesperson Dmitry Peskov told reporters on Friday.

This latest step “to continue this really destructive line, in no way contributes to the stabilization in global markets,” he emphasized.

Peskov was reacting to the US Department of Commerce’s announcement earlier on Friday that the US would no longer treat Russia as a market economy. The department claimed that American industries and manufacturers are struggling to compete with Russian companies in both domestic and global markets.

“This can only be viewed in one way, as it seems to me, it’s the continuation of actions to put pressure on the Russian Federation in all possible directions. We’ve seen pressure on the economy, numerous sanctions and so on,” Peskov said.

He added that the Kremlin has been realizing that the Western sanctions have failed to destabilize the Russian economy. Instead, they “cause a fair amount of turbulence,” primarily for the European economy, because the US is more “resilient” in this regard.

“Although the Americans also suffer from inflation and the chaos in the energy market,” Peskov added.