Chinese police have released an image of the alleged killer, AFP reports 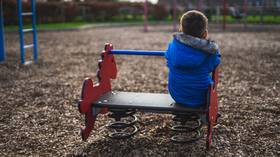 A stabbing attack at a private kindergarten in the southeast Chinese province of Jiangxi left three people dead and six others injured on Wednesday, local police reported.

Law enforcement released an image of the suspect on social media, describing him as a “gangster” wearing a cap and a mask.

The knifeman is believed to have entered the kindergarten, located in Anfu county in the west of the province, at around 10:00 a.m. local time before going on a killing spree, the statement said, as reported by AFP news agency. The ages of the victims have not been revealed.

The perpetrator is believed to be a local 48-year-old man, who is said to be at large.

There have been a number of knife attacks targeting schools and daycare centers in China over the years. One recent high-profile case happened in April last year in the southern city of Beiliu, where a lone knifeman injured 16 students and two teachers.