The Ukrainian government has enough “will” to order a strike against Russian territory, a senior Ukrainian official has said 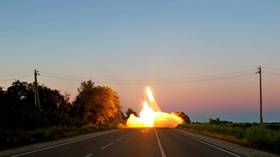 Kiev will not hesitate to strike Russian territories if it deems it necessary, Aleksey Danilov, the head of Ukraine’s National Security and Defense Council, said during a live broadcast on Wednesday.

The security council closely follows all the missile and air strikes Russia launches against Ukraine, Danilov said, adding that Ukrainian authorities are well aware of all the locations in Russia from which the attacks have been carried out. Kiev possesses “enough political will” to order a strike against these targets if such a need arises, he added.

“If needed … anyone [in the government] will act without hesitation and sign anything that needs to be signed to destroy these objects,” Danilov said. The security council head also stated that Ukrainian President Vladimir Zelensky’s words about Ukraine retaliating against the locations from which the strikes are launched serves as “proof” of Kiev’s determination.

Earlier, some Ukrainian officials said that Kiev forces may hit targets on the Crimean Peninsula or the Crimean Bridge, which they consider to be a key supply route for Russian forces. Ukraine’s military intelligence spokesman, Vadim Skibitskiy, claimed that Crimea could be targeted by US-supplied М142 HIMARS and M270 MLRS multiple launch rocket systems. 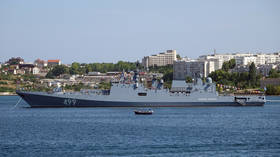 Moscow responded by saying that Ukraine would pay a heavy price if it decided to strike Crimea. Russia’s former president, Dmitry Medvedev, said in mid-July that Moscow might respond with a “massive strike” targeting the Ukrainian leadership if that happened.

The US and its allies previously appeared to be reluctant to supply Ukraine with longer-range weapons capable of striking targets deep inside Russia as they were concerned about a potential escalation of the conflict. Washington has not yet agreed to send tactical ballistic missiles with a distance of up to 300 kilometers to Ukraine. Such missiles can be used by the US-made HIMARS multiple rocket launchers the US handed over to Kiev.

However, according to the spokesman for the army of the Donetsk People’s Republic (DPR), Eduard Basurin, Ukrainian forces may have already received 300km-range HIMARS missiles. DPR troops have found pieces of munitions with a range of 110 kilometers to 120 kilometers, which meant that Kiev could have the 300km-missiles as well, Basurin told the Russian media last week. 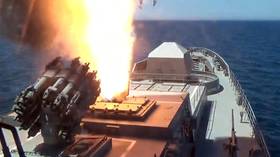 Russian Foreign Minister Sergey Lavrov said on Wednesday that the West’s persistence in pumping Ukraine with long-range weapons, including the HIMARS, was already making Moscow reconsider the goals of its military operation in the neighboring country. They now go beyond Donbass and include several other Ukrainian regions, he added.