Sources familiar with the talks told the outlet that the US, UK and EU are trying to thrash out a peace settlement framework 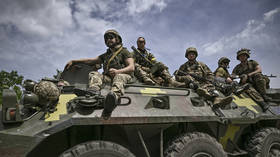 Kiev’s Western supporters – the US, UK, and EU – have allegedly sidelined Ukraine while trying to thrash out a peace plan for the country, CNN reported on Friday.

According to the US media outlet, citing “multiple sources familiar with the talks,” officials from Washington, London and Brussels “have in recent weeks been meeting regularly” in a bid to come up with a viable ceasefire and peace settlement framework for Ukraine. However, CNN pointed out that Kiev itself is conspicuously absent from the alleged talks, despite the Biden administration professing to adhere to a “nothing about Ukraine without Ukraine” principle.

Among the plans reportedly discussed by Kiev’s supporters was the framework proposed by Italy in late May, the outlet claimed.

First unveiled by the Italian media, the four-point plan calls for a ceasefire and the demilitarization of the front line in eastern Ukraine, with Ukraine then possibly becoming a neutral state. The third phase would include an agreement between Moscow and Kiev on the status of Crimea and the Donetsk and Lugansk People’s Republics. It all would be crowned by a multilateral accord on peace and security in Europe, focusing on disarmament and arms control.

The supposed plan has, however, been dismissed by both the Ukrainian and Russian leaderships. 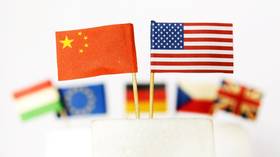 Soon after reports of the Italian proposal emerged in the media, Ukrainian President Volodymyr Zelensky lambasted the notion that Kiev should cede any of its territory to secure peace, although he did not directly refer to the scheme proposed by Italian Foreign Minister Luigi Di Maio.

Russian Foreign Minister Sergey Lavrov told journalists last week that the part of the scheme suggesting making Crimea and Donbass autonomous regions of Ukraine in the long run was totally unacceptable to Moscow.

Furthermore, as CNN indicated, Washington did not support Di Maio’s scheme either, despite US Ambassador to the UN Linda Thomas Greenfield paying lip service to it.

The alleged efforts on the part of the US, UK and EU to find a way out of the conflict have been given an impetus by their assessment that hostilities in Ukraine could continue for many months, if not years, according to the report. “Multiple officials with access to the latest intelligence” told CNN the current situation was a stalemate, with neither side expected to “break through the existing battle lines anytime soon.”

A prolongation of the conflict would also increasingly put a strain on Kiev’s supporters, including the US, the report said. Among the challenges faced by the Biden administration mentioned in the article are supplying Ukraine with weapons without depleting its own stockpiles, finding sustainable replacements for Russian oil and gas, and maintaining unity among its European allies.

CNN, citing several Biden administration and NATO officials, reported that despite the apparent talks, success was unlikely at present because Ukraine had “little appetite to negotiate.”

“We can propose all the plans we want, but unlikely Kyiv will go for anything that cedes territory at the moment,” one of the staffers told the US outlet.

According to the report, Russia has not shown much interest in “serious talks” either.

Peace negotiations between Kiev and Moscow began just days after Russia attacked its neighbor in late February. Several rounds of both in-person and virtual talks were held throughout March, culminating in a meeting in Istanbul on March 29.

However, in early April the Ukrainian government accused Russian forces of massacring civilians in the Kiev suburb of Bucha – something the Kremlin has vehemently denied and described as “staged.”

Citing these alleged atrocities, President Zelensky’s administration has effectively put peace negotiations on hold, insisting that a military victory over Russia should first be secured.

Moscow, for its part, has indicated that it is ready to resume talks in principle, noting that it was Kiev that stalled the process.