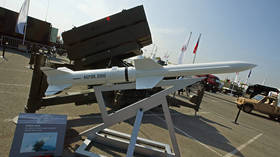 Western-produced anti-aircraft systems have arrived in Ukraine and will bolster its military against Russia, the country’s Defense Minister Aleksey Reznikov has announced on Twitter.

The official posted stock images of NASAMS and Aspide surface-to-air missile systems and thanked Norway, Spain and the US for supplying them. The weapons will strengthen the Ukrainian Army and “make our skies safer,” he tweeted on Monday.

NASAMS, a short-to-midrange air defense system produced by US defense contractor Raytheon in collaboration with Norway’s Kongsberg Defence & Aerospace, had been promised to Kiev by the Pentagon. A week ago, the US military department said two of the eight launchers pledged to Ukraine would arrive “in the very near future.”

The mid-range Aspide system was designed by the now-defunct Italian firm Selenia. Successor variants are produced by the international manufacturer Leonardo S.p.A. and the Italian branch of European defense giant MBDA. Spain, which purchased hundreds of Aspide missiles in the 1980s, announced that it was including some of them in its latest military assistance package for Ukraine last week.

Ukraine pleaded with its Western backers to ramp up deliveries of anti-aircraft systems after Russia started conducting regular airstrikes against its energy infrastructure last month. Moscow described the change of tactics as retaliation for several Ukrainian sabotage operations targeting key civilian sites in Russia, including the Crimea Bridge.

The Russian attacks significantly degraded the Ukrainian energy system, forcing power grid operators to maintain a schedule of daily rolling blackouts to reduce the load. President Vladimir Zelensky reported on Sunday that over 4.5 million electricity consumers throughout the country had been affected by the outages.