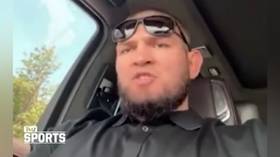 Khabib Nurmagomedov says that he wants to visit former training partner Cain Velasquez to shake his hand as he remains in detention on an attempted murder charge stemming from a high speed car chase during which Velasquez fired several gunshots at a car containing a person alleged to have assaulted a close relative of his.

The two retired former UFC champions were longtime training partners at the American Kickboxing Academy in San Jose, California, with Velasquez thought of as a beloved member of the team by the likes of Khabib and another training partner, Daniel Cormier.

However, Velasquez has been in jail since the February 28 incident during which he shot the father-in-law of the man reported to have been the intended target of his attack.

He was refused bail recently and now faces a June 10 hearing to determine if he could be released in advance of the trial where he faces numerous charges related to the incident which could land him more than 15 years in prison. 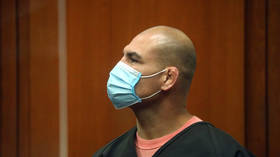 But speaking with TMZ recently, Khabib admitted that he wants to visit Velasquez in a bid to boost his spirits.

“Yesterday, I was talking with coach. I tell him any chance or is it possible to go and see him in jail?” Khabib said.

“In Russia, we can go and see anybody like I asked him because I don't know the law here in the US. I really wanna go to see him. After a couple of days, I'm gonna be in San Jose. I wanna go to see him, shake his hand, give him good energy.”

Several figures from within the global mixed martial arts community have offered their support to Velasquez, with notable names such as Dana White, Henry Cejudo and Kamaru Usman among them, and Khabib added his voice to the mix, saying that that Velasquez's actions were understandable.

“Anybody in the world who respects himself, who loves his family – he's gonna do same thing,” Khabib added.

“This is not fair to sit in jail and other guy, he's outside. What about other guy? Put this guy in jail, too! He's more dangerous for people than Cain Velasquez.

“Never in his life, he's 40 years old, never in his life did he have a problem in social, you know, outside with people. He's the most respectful guy I've ever seen in my life. I was training with him more than 10 years, I know his family, everybody.”