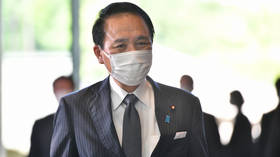 Japanese Justice Minister Yasuhiro Hanashi resigned on Friday following controversial remarks about capital punishment. Earlier, the official described his job, which includes signing off on execution orders, as “tedious,” while complaining that it offers little in terms of gaining political capital.

Speaking to reporters, Hanashi announced that he had submitted his letter of resignation to Prime Minister Fumio Kishida. A day earlier, he apologized for his comments about the death penalty and retracted his remarks.

“I said the justice minister is a modest position,” Hanashi told parliament. He explained that he considers the work he does to be “extremely important,” and vowed that he would “fulfill the responsibilities of my position while being careful about what I say and do.”

Hanashi, who had just taken up the job in August, stepped down after saying this week that the post of justice minister is a “low-key” position, and it becomes “a top story in daytime news programs only when stamping a seal on documents of execution” in the morning. 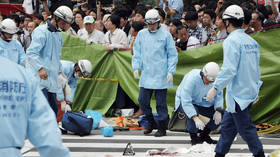 He also said that “serving as justice minister won’t help raise much money or secure many votes.”

His remarks sparked massive outrage. “It’s amazing that someone with such a low regard for human life and only interested in money and votes is the justice minister,” Kenta Izumi, the leader of the Constitutional Democratic Party of Japan, said on Thursday.

Japan is one of the world’s few developed countries that has not eliminated the death penalty. Executions are carried out by hanging and are usually applied for cases of murder.

Convicts often wait years for the sentence to be carried out. They are typically notified of the execution in the morning, just a few hours before being escorted to the gallows.

Despite international outcry, public support for the death penalty remains high in Japan, with 80.8% supporting it, according to a government poll conducted in November 2019.