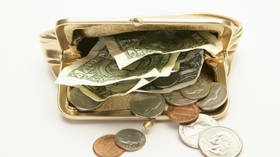 US household wealth has fallen by at least $5 trillion so far this year amid an intense market selloff, according to a JPMorgan Chase note seen by Bloomberg. The losses could amount to $9 trillion by year-end, it estimated.

According to the report, US billionaires are the biggest losers in the market rout, with their collective wealth having crashed almost $800 billion since its peak in November.

Data showed that since the start of the year, the S&P 500 Index slid 18%, the Nasdaq 100 has lost 27% and a Bloomberg index of cryptocurrencies has nosedived 48%.

Surging interest rates have added to the pain. The US Federal Reserve, which is struggling with the highest inflation in decades, needs Americans to curb their spending, despite the risk of an economic slowdown.

JPMorgan economists wrote that overall losses in household net worth will translate into “a wealth shock that is set to drag on growth in the coming year.” That’s as consumer spending typically falls by two cents a year with every dollar decline in financial wealth, they estimate. 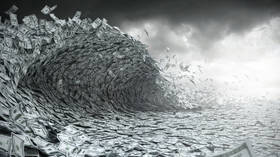 American households and nonprofits held about $170 trillion at the end of 2021, according to the Federal Reserve. More than half the amount is held in real estate and equities.