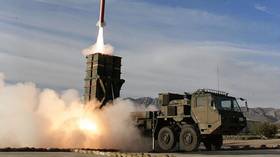 Japan is planning to redesign some of its existing surface-to-air missiles to intercept hypersonic weapons, Kyodo News reported on Monday, suggesting the move is part of a broader strategy to enhance Tokyo’s “counterattack capabilities” over the next decade.

The military is hoping to complete upgrades to its Type-03 medium-range missile and put the new model into mass production by 2029, according to the outlet, which cited an unnamed “source familiar with the matter.”

The redesign is part of an effort to improve Japan’s “comprehensive air and missile defense,” and will reportedly be outlined in a revised National Security Strategy set to be released before the end of the year, the source added. 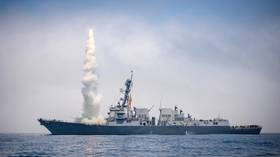 Designed and produced by Mitsubishi, the Type-03 SAM platform entered service in the Japan Ground Self-Defense Force (JFSDF) in 2003, and currently has an operational range of around 50km (31 miles).

However, given that hypersonic munitions travel at more than five times the speed of sound and fly along irregular trajectories, the Type-03 and similar air defense systems have difficulty tracking and neutralizing such weapons. The source told Kyodo that the Type-03 will be “improved to predict the flight path of hypersonic weapons and track them as well as to detect them by radar,” but added that it remains unclear whether such upgrades will be enough to counter the new tech. 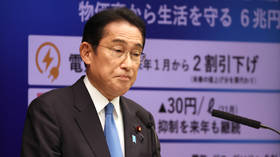 After a meeting between Japanese Defense Minister Yasukazu Hamada and his American counterpart Defense Secretary Lloyd Austin in September, the two sides announced that they would work jointly on research into hypersonic weapons, as Washington has yet to develop a missile of its own.

Like the United States, it appears Japan is already moving ahead on the project, with Nikkei reporting last week that Tokyo hopes to deploy a hypersonic missile by 2030. The outlet noted that the upcoming National Security Strategy will include three major planks for strengthening Japan’s “deterrence” capabilities, including the acquisition of US-made Tomahawk cruise missiles and other “battle-tested” hardware from Washington, upgrades to some of its own existing munitions, as well as the development of a new hypersonic weapon.