Iran’s era of “immunity” is over, Israeli PM says, vowing to go after the “head of the octopus” for instigating violence 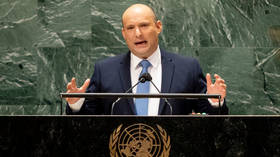 Israeli Prime Minister Naftali Bennett has called out Iran for attacking his country through terrorist proxies, saying the Persian Gulf nation will no longer go unpunished for using third parties to strike its enemies.

“For decades, the Iranian regime has practiced terrorism against Israel and the region by means of proxies, emissaries, but the head of the octopus, Iran itself, has enjoyed immunity,” Bennett said on Sunday in a broadcast to his ministers. “As we have said before, the era of the Iranian regime’s immunity is over.”

Bennett made his comments just one week after the assassination of an Islamic Revolutionary Guard Corps (IRGC) colonel in Tehran. Colonel Hassan Sayyad Khodaei, who had been accused of plotting abductions and of the killings of Israelis, was shot dead last Sunday as he sat at the wheel of his car outside his home. A gunman on the back of a motorcycle carried out the killing. 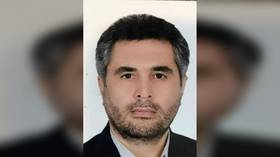 The IRGC quickly blamed the assassination on “global arrogance,” apparently alluding to the US and Israel. Iran’s ISNA news agency later blamed operatives of an Israeli intelligence network and said they had been arrested by the IRGC immediately after the shooting.

On Wednesday, the New York Times reported that Israel’s government had told US officials that it was behind the assassination. The shooting was meant as a warning to Iran to halt operations of the IRGC’s covert Quds Force, the Times said, citing an unidentified US intelligence official who was briefed on the matter.

Khodaei was a member of the elite Quds Force, which operates overseas. Israel’s Mossad intelligence agency has previously been accused of killing nuclear scientists in Iran. 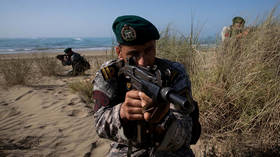 Bennett’s office hasn’t commented officially on the Khodaei shooting. The prime minister said on Sunday that Iran has repeatedly targeted Israeli interests, and he pledged to hold the Tehran regime accountable. “Those who finance terrorists, those who arm terrorists and those who send terrorists will pay the full price,” he vowed.

Iranian President Ebrahim Raisi has promised to take revenge for the killing of Khodaei. “I call on security officials to seriously investigate the crime, and I have no doubt that revenge on criminals for the pure blood of this honorable martyr is inevitable,” he said on Monday.

It was the most high-profile killing in Tehran since the murder of nuclear scientist Mohsen Fakhrizadeh in 2020. Earlier that same year, Quds Force commander Major General Qassem Soleimani was assassinated in a US airstrike at Baghdad Airport.