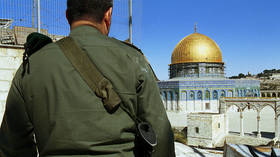 Israel has no plans to divide the Temple Mount holy site in Jerusalem between Jews and Muslims, Israeli Foreign Minister Yair Lapid said on Sunday, urging Muslim leaders to step up the fight against “fake news.”

Temple Mount is the holiest place in Judaism and is known in the Islamic world as the Al-Aqsa Mosque compound, the third-holiest site for Muslims. Amid the recent violent clashes between Palestinians and the Israeli police, as well as wide-spread criticism of the authorities’ handling of the situation, rumors spread on social media that Israel was allegedly trying to split the holy site into two parts.

However, during a press conference on Sunday, and later on Twitter, Lapid was forced to reaffirm Israel’s commitment to maintain the status quo at Temple Mount and to prevent provocations from both Palestinians and Jews. 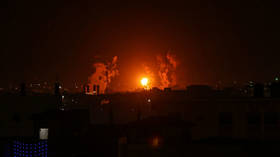 Jews are forbidden from praying at the site, a restriction that the police are responsible for enforcing, but as Diaspora Affairs Minister Nachman Shai admitted on Saturday, the status quo has “deteriorated” as some Jewish visitors “stop on the way and pray.”

Asked to comment on his colleague’s remarks, Lapid said that Shai was “misinformed,” but he nevertheless agreed that “somebody might sneak by now and then.”

Taking to Twitter later, Lapid reaffirmed that “there is no change, there will be no change, we have no plans to divide the Temple Mount between the religions.” He also called on moderate Muslims and Islamic countries “to take action against the fake news” and to cooperate with Israel for the sake of “maintaining the status quo and calming the winds.”

Earlier this week, Lapid made clear that Israel has no intention to violate the status quo but will keep taking measures “to keep the order in the capital of Israel.”

“We will not allow fireworks to be thrown from the mosque at Jews on the Temple Mount or anywhere,” he said.

The Temple Mount is located in East Jerusalem, which has been occupied by Israel since 1967. The Jewish state is responsible for security at the site.

Last year, a flareup there provoked the worst conflict between Israel and Hamas in almost a decade. The 11-day exchange of fire between the sides in May, according to the UN, resulted in the killing of more than 250 people in Gaza, including 66 children, and 13 people in Israel, with two children among them.