It’s “not possible,” because Israel doesn’t have the means to produce enough of the arms, the defense minister says 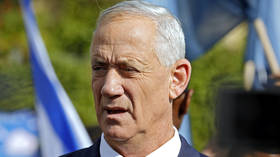 Israel simply does not have the production capabilities to supply Ukraine with air defense systems, according to Defense Minister Benny Gantz. Kiev has requested the delivery of Iron Dome and other systems to counter drones it claims Russia received from Iran.

“The scale of our production is lower than the need for export. We don’t have a large enough production base” for what Ukraine needs, Gantz told reporters on Tuesday. He was preparing to step down for a new defense minister, to be appointed by the incoming PM Benjamin Netanyahu.

“Even if it is decided to change policy, it is not possible for us to empty our air defense systems. These talks are hot air,” Gantz added. “We are checking every day what can be done and how to expand our aid, but we must not forget that NATO stands behind Ukraine.”

Kiev has repeatedly demanded military aid from Israel, most recently focusing on Iron Dome and Arrow air defense systems. Last month, Kiev’s ambassador in Tel Aviv, Evgeny Korniychu, said in an interview the US should pressure Israel into giving Ukraine weapons, as “the only country that Israel is listening to.” 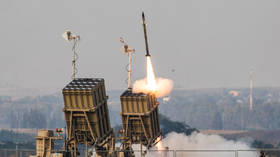 Israel is currently working to replenish the supply of Tamir interceptor missiles for Iron Dome batteries, after shooting down more than 4,300 rockets fired from Gaza by Hamas and Palestinian Islamic Jihad during the May 2021 conflict.

Ukraine has also reportedly sought air defense systems from the US, citing the devastating Russian strikes against its infrastructure. President Vladimir Zelensky has accused Iran of supplying Moscow with Shahed-136 suicide drones, and his top adviser called for “strikes” – presumably by the US – on Iranian drone and missile manufacturing facilities.

Tehran acknowledged it had sold Moscow a “small number” of drones but said it was before the hostilities in Ukraine escalated in February.

Israel has refrained from providing direct military aid to Ukraine in an effort to maintain relations with Moscow, which has an expeditionary force in neighboring Syria.