The move could help the country bypass US sanctions 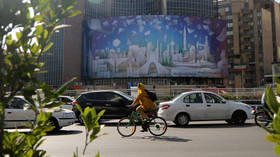 Iran has placed its first international import order using $10 million worth of cryptocurrency, the Tasnim news agency reported on Tuesday. It did not specify which crypto was used in the transaction.

“By the end of September, the use of cryptocurrencies and smart contracts will be widely used in foreign trade with target countries,” Iran’s Deputy Minister of Industry, Mine & Trade Alireza Peyman-Pak said on Twitter.

The move could reportedly enable Tehran to circumvent US sanctions that have crippled the economy. Iran has been struggling through decades of economic restrictions, including an embargo on the country’s oil, banking and shipping sectors. In 2019, the government amended digital assets laws to allow locally mined crypto for import payments. Iran gets most of its foreign goods from China, the United Arab Emirates, India, and Turkey, according to Trading Economics.