The regulator says the economy has stabilized, but still needs to adapt to the new conditions 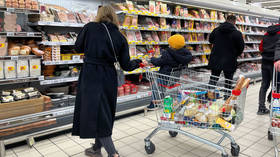 The Russian economy has managed to evade an inflationary spiral due to the policies of the Central Bank, the head of the regulator, Elvira Nabiullina, said on Thursday at a meeting with the Association of Russian Banks.

However, according to Nabiullina, it is “too early to exhale,” as the process of adapting the economy to the new global conditions amid mounting Ukraine-related sanctions may be lengthy and difficult.

“The coming quarters will not be easy, as while the economy adapts, the process will be difficult for both companies and citizens,” she said.

According to the Central Bank governor, the past two months have been a time of tactical decisions, aiming to lessen the first shock of sanctions that were placed on Russia by the US and its allies. As a result of these punitive measures, roughly half of Russia’s forex reserves have been frozen, as well as the assets of many Russian businesses and individuals, while international companies from various spheres started winding down their business in the country. 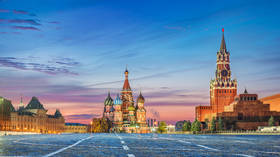 “Our measures were aimed at combating the problems that arose, as they say, here and now. As a result, we managed to protect our financial stability and prevent the inflationary spiral from unwinding,” Nabiullina said.

The measures she referred to include a brief hike of the key rate to an unprecedented 20% in March, and the introduction of strict capital controls. These and other actions helped keep the economy afloat and lift the ruble from the historic lows it reached in April.

However, it is too early to lift these measures, she added, as the Russian “economy is entering a period of structural transformation and will be in dire need of financial resources.”

“The time for tactical decisions is coming to an end and now we have to develop strategic decisions… We need to define new parameters for the functioning of the Russian financial system. Reconsider approaches to regulation so that, without allowing excessive risks to accumulate, banks can continue lending and support the structural transformation of the economy.”

Nevertheless, the process “will not be endless,” and businesses will find new opportunities, she said.
Prime Minister Mikhail Mishustin said in early April that Russia needs “at least six months” to rebuild its economy.