India’s GDP to double over next decade – FT

The country is expected to outperform China in terms of growth 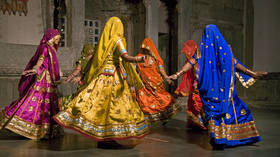 India will become the world’s third largest economy by 2027, with its GDP more than doubling from the current $3.4 trillion to $8.5 trillion over the next 10 years, the chief Asia economist at Morgan Stanley wrote in a column for the Financial Times on Tuesday.

India’s market capitalization is projected to rise to $11 trillion by 2032, retaining the status of the third biggest economy globally, Chetan Ahya wrote.

According to the analyst, India will add more than $400 billion to its GDP every year, a scale that will only be outpaced by the US and China. Ahya noted that the Indian economy today is “where China’s was in 2007 – a 15-year gap.”

The economist highlighted that India’s working age population keeps growing, which suggests that it will have a longer growth runway. The nation’s median age today is 11 years younger than that of China.