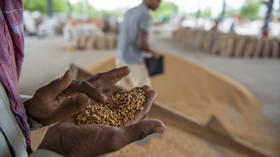 “This year, before the heat hit us very hard, we were expected to have significant exports … But what we saw was a kind of swoop on our wheat. Thus, in a way, our good will was used for speculation. So we had to do something to stop it, because it also affected us when domestic prices went up,” he explained.

India usually exports an average of 2-3 million tons of wheat per year, Jaishankar said. However, last year, exports rose to around 7 million tons. Now, according to the minister, low-income buyers are being squeezed out of the market, while big buyers are buying wheat and stockpiling it for future sale at presumably inflated prices. 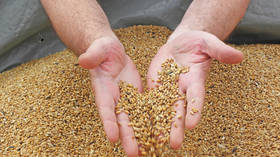 Since the beginning of the current financial year, India has exported wheat to about 23 countries, quadrupling the volume of deliveries compared to the same period last year.

“So exports are actually growing and growing [but] we don’t want the same thing to happen to wheat, which happened to [Covid-19] vaccines – when the rich people bought the vaccines, and the poor were left to God,” Jaishankar said.

India banned all exports of wheat with immediate effect on May 13. The Ministry of Commerce and Industry explained that the drastic move was necessary due to “a sudden spike in the global prices of wheat arising out of many factors, as a result of which the food security of India, neighboring, and other vulnerable countries is at risk.”

Wheat prices have been soaring globally, propelled by the Covid-19 pandemic, the conflict in Ukraine, and the sanctions on Russia. The two countries account for about 30% of global wheat exports, and the potential loss of these supplies either due to logistical issues arising from the conflict or the sweeping sanctions on Russia and Moscow’s countermeasures has been raising fears that the world could soon face unprecedented food insecurity, and even famine in poorer nations.