The country’s Supreme Court has deemed prostitution a legal profession 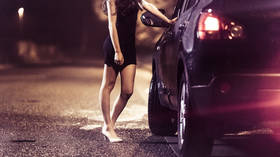 Indian sex workers are “entitled to equal protection of the law,” a three-judge Supreme Court panel led by Justice L Nageswara Rao announced on Thursday, adding that “criminal law must apply equally in all cases on the basis of age and consent.” 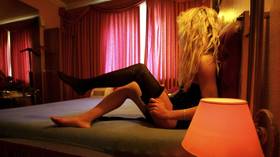 So long as sex workers are consenting adults, the judges ruled, the police may not interfere or take criminal action against them. Voluntary sex work is not illegal, and while running a brothel remains a crime, those plying their trade within one are not to be arrested or otherwise victimized during raids on such facilities.

“Notwithstanding the profession, every individual in this country has the right to a dignified life under Article 21 of the Constitution,” the judges wrote. Mothers who work in the sex trade should not be deprived of custody of their children, nor should children found living in a brothel or with a sex worker be assumed to be trafficked.

Additionally, police must not discriminate against sex workers who are victims of sexual assault. The judges specifically commented on the police’s “brutal and violent” attitude toward sex workers, lamenting “it is as if they are a class whose rights are not recognized.” Justice Rao insisted that authorities refrain from forcing sex workers into shelters or correctional facilities against their will.

The court also warned the media to take the “utmost care not to reveal the identities of sex workers, during arrest, raid and rescue operations, whether as victims or accused and not to publish or telecast any photos that would result in [the] disclosure of such identities.” While prostitution may no longer be prosecutable as a criminal offense, voyeurism remains so.

The court has asked for a response to its recommendations at a hearing on July 27.

India’s prostitution laws ban solicitation and public prostitution, as well as brothel ownership, without explicitly banning the practice of sex work itself.