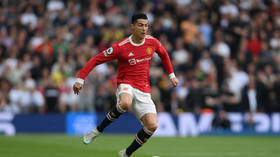 Manchester United's new coach Erik ten Hag has eased fan concerns that Cristiano Ronaldo may leave Old Trafford this summer in search of Champions League football after he spoke of how excited he is to work with the multiple time Ballon d'Or winner when he takes the reins at the Red Devils.

Dutchman Ten Hag is trading Amsterdam for Manchester at the culmination of the Premier League season as he looks to transfer the success he has infused into Eredivisie heavyweights Ajax into a Manchester United side which has misfired for several seasons now.

Ten Hag is likely to oversee a significant exodus from Old Trafford, with the likes of Paul Pogba, Nemanja Matic, Juan Mata, Aaron Wan-Bissaka, Eric Bailly, Dean Henderson, Jesse Lingard and several others set to leave the club – but the future of their season's one bright spark, Cristiano Ronaldo, remains at the forefront of fans' minds.

Ronaldo, who turns 38 midway through next season, has been speculated in the press as considering his future given that United's inability to qualify for the Champions League – with many considering that his talents and reputation are too big for the Europa League, or worse still, the Conference League.

The Portuguese superstar even stoked some of the rumors himself, writing on Instagram that he had not yet decided his future.

Ronaldo remains under contract at Old Trafford for a further season, with the option of what would be a third year also possible.

But if Ten Hag is concerned about losing United's principle goalscoring outlet, he is certainly keeping his cards close to his chest.

Speaking to Ajax's social media channels in advance of his move to Manchester, the Dutchman praised his new striker and said that he will be a focal point of the Red Devils' forthcoming rebuild – and recounted a chat the two had when Ronaldo's Juventus team lost to Ajax in a previous Champions League campaign.

“That was an interesting chat,” said Ten Hag of his initial meeting with Ronaldo in 2019.

“I think he could appreciate the way we played. He is a true winner and a magnificent player. I can't wait to work with him.”

The appreciation appears mutual. Ronaldo praised Ten Hag ahead of his Manchester United appointment, and added that the whole club is looking forward to changing the chapter from the turbulent reigns of both Ole Gunnar Solskjaer and Ralf Rangnick.

“I know that he has done a fantastic job at Ajax, and that he is an experienced coach, but we have to give him time,” Ronaldo said last week.

“Things must change the way he wants.

“If he does well, all of Manchester United will be successful, so I wish him well. We are all happy and excited [about his arrival], not only as players, but as fans as well.

“We have to believe that next year we can win titles.”

However, should the worst fears of United fans be confirmed and Ronaldo opts to leave this summer, he has already played his last game for the Red Devils after it was confirmed on Saturday that he will be absent from the club's final game of the season with a hip flexor injury.

Nonetheless, Ronaldo will finish the season as the club's top Premiership goalscorer after finding the next 18 times in 30 Premier League games, as well as a total of 24 in all competitions.