Six people have so far been infected with the so-called ‘Deltacron’ variant, according to the country’s consumer health watchdog 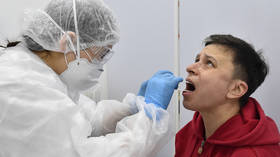 A new hybrid strain of Covid-19, which combines the features of the Delta and Omicron variants of the virus, has been discovered in Russia, the country’s consumer health watchdog Rospotrebnadzor has confirmed on Thursday.

Six cases of the so-called ‘Deltacron’ strain have so far been registered, with five in St Petersburg and one in Moscow, the agency said, citing data uploaded on VGARus (Virus Genome Aggregator of Russia).

‘Deltacron’ is currently a non-dominant strain of the virus and doesn’t have any significant effect on the epidemiological situation in Russia, it pointed out.

According to Rospotrebnadzor, all of the ‘Deltacron’ patients experienced a light form of the disease, with none of them requiring hospitalization.

American genetic scientist Dmitry Pruss has earlier told RBC news agency that the hybrid virus was unique to Russia and likely originated in the country. 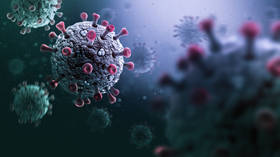 ‘Deltacron’ was first discovered by the researchers at the Smorodintsev Institute of Influenza in St Petersburg in early July. A month later, “we’ve checked and rechecked everything and can say with confidence that it’s not a mistake, but an actual hybrid virus,” the scientist reported.

Such combinations of the coronavirus variants as ‘Deltacron’ are very rare as the more severe Delta has by now been almost completely overtaken by the more contagious, but lighter Omicron strain.

“We’re yet to find out if the ‘Russian Deltacron’ is dangerous,” Pruss said, adding that the spread of the hybrid virus has so far been very limited.

In January, a hybrid of Delta and Omicron was reported by scientists in Cyprus, who said 25 people had been infected with it. However, the World Health Organization’s technical lead on Covid-19 Maria Van Kerkhove suggested that it was likely a lab mistake caused by the contamination of a virus sample.

The reports of the discovery of ‘Deltacron’ in Russia came on the day when the country’s Sputnik V vaccine marks its two-year anniversary. On August 11, 2020 it became the first shot against coronavirus registered anywhere in the world.

The Russian vaccine, which has been supplied to 71 countries, has shown one of the strongest responses to the mutated Delta and Omicron variants. A joint study by the Lazzaro Spallanzani National Institute for Infectious Diseases and the developers of the jab at the Moscow-based Gamaleya Institute, which was published in early 2022, revealed that Sputnik V was 2.6 times more effective against Omicron than the US-made Pfizer shot.