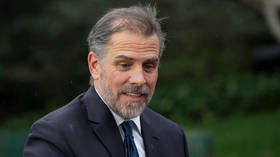 President Joe Biden’s son, Hunter Biden, insisted in 2018 that one of his mistresses – who also happened to be his late brother’s widow – get tested immediately for HIV and report the result to him right away, according to emails obtained by Fox News.

In one of the messages to Hallie Biden, titled “YOU NEED TO GET TESTED FOR HIV HALLIE,” Hunter Biden said, “You need to inform me of the result. TODAY. I am getting tested today. I have been sick scared Hallie and you [hang] up on me. The love you give is so disturbing.”

Hunter Biden had been carrying on a relationship with Hallie Biden since 2016, about a year before he and his then-wife, Kathleen Biden, divorced. That was also a year after his brother, Beau Biden, died of brain cancer. 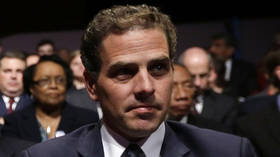 At the time he was demanding that Hallie get an HIV test, he was also renting a townhouse with her sister, Elizabeth Secundy. A month later, a former stripper gave birth to his child, though he denied paternity until it was later proven through a DNA test.

Many of the sordid details – as well as an alleged influence-peddling scandal by the Biden family – came to light when data from a laptop that he abandoned at a Delaware repair shop fell into the hands of media outlets in 2020. Fox reported on the latest emails on Monday, saying that Hunter Biden also accused Hallie Biden of turning her daughter against him and advised her to seek “serious long-term professional help.”

“I love you, even when you’re cruel,” said Hunter Biden, who at one point lived with Hallie Biden and her two children. “Get tested and tell me results today.” That same month, he reportedly told her, “I hope you have someone to turn to in bed in my brother’s house and that that act of love can be for him or her or them and not a secret someone. And don’t feel as if you lost the two best men you or anyone could have ever even dreamed of.” 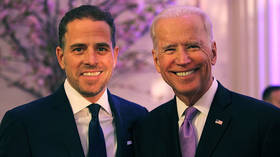 Then President-elect Joe Biden told reporters in November 2020 that his son did nothing wrong and that the trove of laptop data was Russian disinformation. White House press secretary Jen Psaki reiterated the latter claim as recently as September 2021, after a Politico reporter had confirmed the authenticity of key emails from the laptop. Other major outlets, including the New York Times and Washington Post, verified the emails earlier this year, and Psaki has since sidestepped questions on the topic.

Hunter Biden, 52, conceded in an April 2021 interview that the laptop could be his. He married his second wife, South African activist Melissa Cohen, six days after they met in May 2019. She gave birth to their son in March 2020.