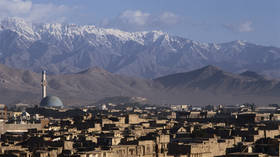 A large explosion that tore through a Kabul mosque during evening prayers has reportedly left dozens dead and injured.

The blast went off on Wednesday inside a mosque in a northern Kabul neighborhood. A hospital run by the Emergency NGO charity said it had received 27 victims, including five children. A Taliban intelligence official told Reuters that as many as 35 people were wounded or killed, and the toll may rise further.

Various other media reports placed the death toll at 20, 30 or more. Al Jazeera cited an unidentified official as saying that at least 20 people were dead. The mosque’s imam was reportedly among those who were killed.