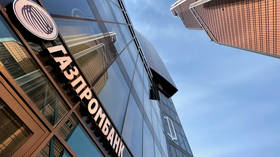 “According to my information, about half [of the buyers] have already opened special accounts in our authorized bank – in foreign currency and rubles – in order to ensure the receipt of foreign exchange earnings, conversion into rubles and payment for the supplied gas in rubles,” Novak said, as cited by RIA Novosti news agency. He noted that this process has been stretched over time, with the final settlements for April taking place in May.

“In the coming days we will see the final list of those who paid in rubles and those who refused to pay,” Novak stated. He added that all larger companies have opened accounts, paid for supplies or are ready to pay when they are due. 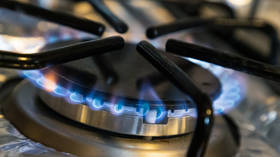 After the start of Russia’s military operation in Ukraine, the US and its allies hit Moscow with sanctions and issued calls to reduce dependence on Russian energy resources. The Kremlin responded with counter-measures and demanded that “unfriendly countries” pay for Russian gas exports in rubles. President Putin explained, that if gas buyers from those countries do not accept this payment method, Russia will consider this a default on their gas contracts.

At the end of April, Gazprom stopped gas deliveries to Bulgaria and Poland after the two countries refused to adhere to the new payment scheme.