Morinari Watanabe insisted that the FIG must uphold the Olympic movement 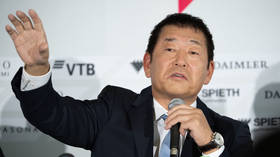 The president of the International Gymnastics Federation (FIG), Morinari Watanabe, has opened the body’s 84th FIG Congress in Istanbul, Türkiye by defending the presence of Russian and Belarusian officials.

The federations of various European countries – Ukraine, Estonia, Italy, the Netherlands, Norway, and Poland – have boycotted the congress due to the presence of the officials.

Watanabe said he respects the position of the absentees, but insisted that the FIG must “follow the decisions and recommendations of the IOC in its activities as mentioned in the Olympic Charter,” as reported by Inside the Games.

“The FIG is [an] international sport organization, it should be neutral and must contribute to peace through Olympism,” he said. 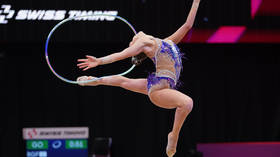 Russia has been banned from a number of sporting events and federations around the world, including gymnastics, since the International Olympic Committee (IOC) made a recommendation to do so after the conflict with Ukraine began.

Watanabe referred to this, but pointed out that the “the party who started this war is not the Russian people, the Russian athletes, the Russian Olympic Committee, or the Russian IOC members.”

“The intention is not to eliminate the athletes from Russia and Belarus” he said, adding that “unnecessary punishments create new hatred.”

“I want to avoid more hate that may remain after the war. I think we should avoid leaving hatred in the future for the gymnastics family.”

Watanabe pointed to Russian and Belarusian delegations also being able to attend a General Assembly of the Association of National Olympic Committees in Seoul last month.

“Based on these actions and advice from the IOC, the FIG Executive Committee has taken four decisions,” Watanabe said.

“The third one is that the FIG will allow FIG officials from Russia and Belarus elected by the FIG Congress to attend the events. The fourth one is that the FIG should monitor if the athletes or the officials are making statements or actions in support of this war and should impose strict punishment against those who do so.” 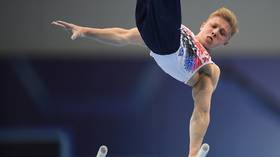 Watanabe highlighted that the actions are “in line with the IOC’s guidance and recommendations.”

“In addition, as an international organization, we have a duty to hear their opinions. If we cut off the communication pipeline we cannot contribute to peace,” Watanabe said.