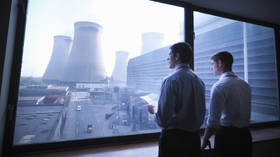 “By bringing the big five energy retail companies into public ownership, setting the price of energy at an affordable rate and absorbing the global price rises, the government could make sure everybody can afford to get through this cost of living crisis,” the party’s co-chair Carla Denyer said, as quoted by the news outlet.

According to the report, the party based its proposal on a recommendation last month by the British Trades Union Congress (TUC), which called for bringing British Gas, E.ON, EDF, Scottish Power and OVO under state control. According to the TUC, the move would cost around £2.9 billion ($3.5 billion), which is not much more than the £2.7 billion ($3.3 billion) the government spent on bailing out another energy firm, Bulb, last year. 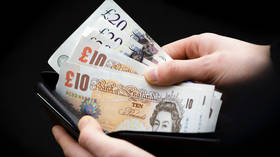 In addition, the Greens put forward an initiative to roll back the energy price cap – the maximum amount that households pay for energy – to the level of last fall. At the same time, the party urged London to raise taxes on excessive profits made by the UK’s oil and gas corporations.

“Only the government can intervene properly to avoid disaster this coming winter,” Denyer was quoted as saying.

London already raised the price cap on electricity earlier this year, which resulted in the average annual bill for a British household soaring 54% to a record £1,970 ($2,400). At the end of August, the UK regulator is expected to announce a new cap rise, which could result in annual electricity bills soaring to over £3,000 ($3,600) in October and even higher bills next year, according to recent forecasts.