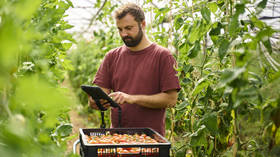 According to BR, vegetable growers in Germany opting for less warmth-hungry and less profitable lettuce instead of tomatoes and cucumbers due to the energy crisis, which has been raging across the EU over the past year.

One greenhouse keeper described the soaring cost of growing tomatoes.

“If we were to produce normally, the price per kilo for the tomatoes would be at least one euro higher. It would even be two euros for the cocktail tomatoes,” Andreas Evers told the broadcaster. 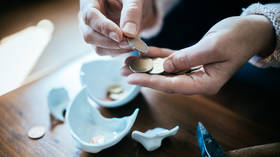 Evers, along with some other winter vegetable growers, is planning to acquire a combined heat and power generator operating on liquefied natural gas, instead of waiting for support from the government.

The German authorities previously announced plans to provide large businesses with state aid starting from January 2023. Meanwhile, small and medium-sized businesses along with households can only apply for the support starting in February.

Germany, along with the rest of the EU, is facing a sharp rise in energy prices and record inflation amid anti-Russia sanctions and a policy of abandoning Russian fuel. The situation is expected to lead to energy rationing and shortages. Greenhouse agriculture is particularly vulnerable to the energy crunch, due to its strong reliance on gas for heating.