Granddaughter of infamous fascist dictator back in European parliament 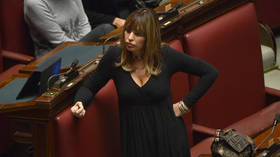 Alessandra Mussolini, the granddaughter of Italian dictator and father of fascism Benito Mussolini, is once again a member of the European Parliament (MEP). She was one of the eight replacements for Italian MEPs who have taken up seats in the national parliament, the Chamber of Deputies.

Mussolini previously served as MEP for central Italy from 2014 to 2019, when she lost her re-election bid. Prior to that, she was a member of the Chamber of Deputies on two occasions, in 1992-2004 and 2008-2013. In 2020, she publicly criticized a policy of her party, Silvio Berlusconi’s Forza Italia (FI), and announced a retirement from politics, calling it a “circle that has closed for me” in an interview with the Italian outlet Il Tempo.

Born in Rome in 1962, Alessandra is the daughter of Mussolini’s fourth son, Romano. Prior to entering politics, she had a career in modeling and acting, helped along by her maternal aunt, actress Sophia Loren. 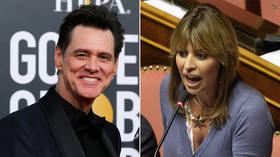 Mussolini also has three children. Her son Romano was signed by the youth squad of the football club Lazio last year, deflecting questions about his surname. His mother has also refused to change her name to make her life easier in show-business.

During her time in politics, she has on many occasions defended her infamous grandfather, who formulated the ideology of fascism and ruled Italy from 1922 to 1943 as ‘Il Duce’. After Italy’s surrender in 1943, he was evacuated by Nazi paratroopers and ran a German-allied rump state in the north until he was executed by communist partisans in 1945.

Both Mussolini and the current Italian PM Giorgia Meloni were members of the Italian Social Movement (MSI), a party widely regarded as the ideological successor to the fascists. Meloni became Italy’s new prime minister in October, after the coalition led by her Brothers of Italy (FdI) won the general election.