Investors are looking forward to the Chinese market reopening after the zero-Covid lockdown, the world’s largest fund manager says 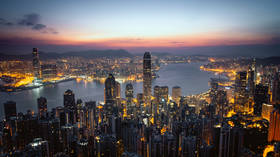 International investment bankers are bullish about the Chinese economy despite worrying reports by the Western media, the chairman of UBS Bank, Colm Kelleher, said on Wednesday.

Kelleher was speaking at the Global Financial Leaders Investment Summit in Hong Kong, which brought together more than 200 bankers and investors from 20 countries, after more than two and a half years of Covid restrictions there. Hong Kong is now reportedly seeking to boost its status as an international financial hub.

“We’re not reading the American press, we actually buy the [China] story,” he said, as quoted by the Financial Times. “But it is a bit of waiting for zero-Covid to open up in China to see what will happen.”

According to the FT, Kelleher’s reference to the media was “an apparent joke and a nod” to earlier remarks made by Fang Xinghai, the vice chair of the China Securities Regulatory Commission.

Fang’s comments, which came after a record sell-off of Chinese equities last week in the wake of President Xi Jinping’s consolidation of power, prompted laughs and applause from the audience. “Don’t bet against China and Hong Kong,” he added. 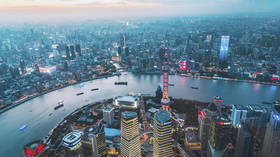 Last week, the Chinese stock market had its worst day since the 2008 global financial crisis, with the yuan hitting a new 14-year low against the US dollar, as Xi secured his third term and undertook a major leadership reshuffle.

The sharp selloff was triggered by concerns that a number of senior officials who have backed market reforms and opening up the economy were missing from the new top team. This sparked investor concerns about the future direction of the country and its relations with the US.