Glenn Diesen: In the developing new world order, Russia’s weapons will be pointing West, and its economy directed towards the East

By Glenn Diesen, Professor at the University of South-Eastern Norway and an editor at the Russia in Global Affairs journal. Follow him on Twitter @glenndiesen. 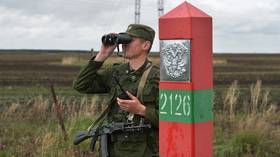 However, the current European crisis has destabilized the world and discredited the West’s ability to facilitate economic cooperation. Subsequently, these bodies are now asserting a central role in organizing economic recovery and pragmatic cooperation.

After the Second World War, the United Nations (UN) was formed as the principal authority of international law. It became a stable and enduring institution reflecting the distribution of power. The most powerful states were endowed with special privileges in its Security Council to ensure they had an interest in preserving the central role of the organization. International law prioritized sovereignty due to the balance of power, which ensured that sides were willing to sacrifice some flexibility in their foreign policy in return for reciprocity and thus predictability. 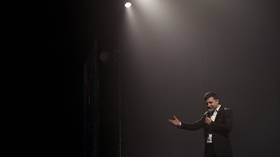 Efforts to create a pan-European security architecture began with the Helsinki Accords in 1975, which sought to establish an order based on “sovereign equality” and non-interference in the domestic affairs of other states. The subsequent development of mutual trust contributed to Gorbachev and Bush declaring the end of the Cold War in Malta in 1989, and the efforts to build a pan-European security architecture continued. The Charter of Paris for a New Europe in 1990 called to overcome the “division of the continent” and to create a system of “sovereign equality” and “indivisible security” in which states would not increase their security at the expense of other states. The Budapest Document of 1994 converted the Helsinki Accords into the Organization for Security and Cooperation in Europe (OSCE). This inclusive pan-European body reaffirmed the principles of “sovereign equality” and “indivisible security”.

The collapse of the pan-European security architecture

The Soviet Union collapsed in 1991 and Russia appeared to be in irreversible decline throughout the 1990s. Subsequently, the negotiated pan-European security order no longer reflected the balance of power that had previously existed when the Cold War ended in 1989. In the unipolar order, the US pursued a security strategy based on hegemonic peace and demanded revising the institutions and rules governing the international system.

The West abandoned the pan-European security agreements signed in the early 1990s and instead embarked on an initiative of creating a new “Europe” without Russia.

Continuous NATO expansion implied that the dividing lines in Europe would not be eliminated but merely moved gradually toward Russia’s borders. The principle of “indivisible security” was subsequently abandoned as the West expanded its security at the expense of Russian security.

Bizarrely, the ideology of the liberal internationalists rejects the existence of a security dilemma. They believe Russia can be a threat to the West, yet NATO cannot conceivably be considered a danger as it merely advances their values.

The competition over where to draw the new dividing lines in Europe resulted in NATO and Russia supporting opposing political forces in the divided societies of the shared neighborhood – Moldova, Georgia, Belarus, and Ukraine. In November 2013, Brussels rejected Kiev’s proposal for a trilateral Ukraine-Russia-EU agreement that would have made the country a bridge rather than a bastion. Instead, the West’s support for toppling President Yanukovich in February 2014 sparked a predictable crisis in Eastern Ukraine, followed by Russian intervention in Crimea. The Minsk-2 agreement of February 2015 offered a compromise, yet the agreement was undermined by the US for the next seven years without any objections from the EU.

The collapse of international law

A unipolar distribution of authority also undermines the principle of “sovereign equality” as states do not constrain themselves. In the absence of a balance of power, the West promotes rules of sovereign inequality. Under the guise of advancing liberal values, NATO countries claimed the prerogative to interfere in the domestic affairs of other states, topple governments, invade, and change borders. 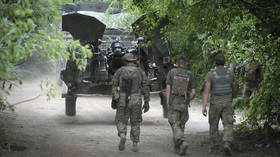 Humanitarianism was used to decouple legitimacy from legality as NATO invaded Yugoslavia in 1999. Thereafter, a debate ensued demanding an exception from international law as liberal democracies should not be constrained by authoritarian states. Even though at least 20% of the bloc’s membership aren’t even classed as such by the US state-funded “Freedom House” NGO.

NATO takes ownership over liberal values and thus the right and “responsibility” to carve out its own exemptions from international law.

The collapse of the international economic system

However, the system fractures if it fails to adapt to the emergence of a multipolar distribution of power. The economic hegemon in relative decline will more likely use its administrative control over the system to weaken rising rivals. The subsequent collapse unravels trust and creates a demand for alternatives.

The unsustainable debt of the US and the EU has gradually weakened trust in the dollar and the Euro, while seizing the assets of Iran, Syria, Venezuela, and Afghanistan undermines trust in the entire Western-centric international financial system. The containment of rivals such as Russia and China results in the militarization of transportation corridors, while the reluctance to adequately accommodate China in the IMF has incentivized Beijing to launch parallel institutions such as the Asian Infrastructure Investment Bank (AIIB). President Trump’s economic war against China, which continued under Biden, weakened trust in the reliable supplies of American technologies and industrial products. The response was to develop greater technological sovereignty and reorganize supply away from the US.

The large-scale sanctions launched against Russia are also affecting the rest of the world in the form of an energy crisis, food shortages, inflation, and overall economic instability. The funds of the Russian Central Bank have been frozen, and the EU discusses permanently confiscating them in what could become the largest bank heist in history. The rule of law is also suspended as individuals accused of having ties to the Russian government have had their assets seized in absence of any due process. The desire to ban all Russian energy is forcing it to redirect all its energy exports to the East. Moscow has been suspended from the alleged “non-political” SWIFT payment messaging system, and the Kaliningrad exclave has been placed under a partial blockade.

Countries that do not abide by the unilateral sanctions of the West are threatened with economic coercion. China is likely next in line as Washington eagerly promotes the idea of artificially dividing the world into two blocs, an alleged democratic bloc versus an authoritarian bloc.

The rules of the past are now non-existent and economic dependence has intolerable risks. Simply put, there is a great demand for alternative institutions that can facilitate economic recovery and pragmatic cooperation. In the East, there are rising economic giants that are more confident and determined to build international economic systems deserving of trust.

Russia is no longer pursuing a Greater Europe from Lisbon to Vladivostok in which Russia feeds the continent and supplies natural resources for European industries, and in return imports Western technologies and industrial products. The Greater Eurasian Partnership is no longer an instrument for merely diversifying economic connectivity but has now become a necessity for a complete economic divorce from the West. 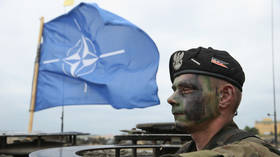 The Shanghai Cooperation Organisation (SCO) continues to aspire to develop further economic competencies and will likely accept Iran as a new member in September. BRICS is also ramping up for a greater role in economic recovery and is preparing to accept Argentina and Iran as new members. The Eurasian Economic Union (EAEU) has developed slowly, although there are new incentives for common regulatory acts to enhance autonomy and stability in an increasingly chaotic world.

The balance of power across the multipolar Greater Eurasia results in several commonalities among the Eurasian international institutions. These organizations focus on the principle of sovereign equality and international law in accordance with the UN Charter. Competing interests among the different poles of power ensure that these institutions are focused on security with other members, instead of security against non-members. The values tend to center on common prosperity as stipulated by the “Shanghai spirit,” while eschewing values that can be used to impose sovereign inequality. The multipolar international distribution of power in Greater Eurasia also prevents a centralized international economic system and instead focuses on the “integration of integrations”.

For the foreseeable future, Russian weapons will be pointing towards the West, and Russia’s economic connectivity will be directed towards the East. Although, in the longer term the Eurasian international institutions should also be tasked with restoring cooperation with Western economies. 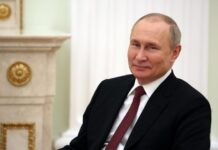 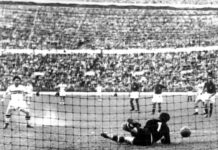 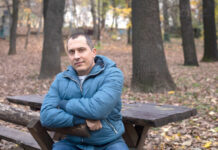