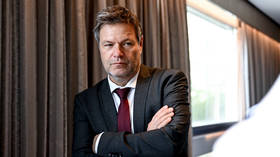 Germany is not averse to trade with China in principle, but there are certain sensitive areas in the country’s economy where Beijing’s investment may not be welcome, German Vice Chancellor and Economy Minister Robert Habeck has said. The statement came shortly after Berlin blocked Chinese buyouts of companies manufacturing semiconductors and computer chips.

Speaking to Germany’s DW media outlet in Singapore on Sunday, Habeck said that Berlin is “of course, interested in trade with China, but not in stupid trade with China.” He clarified that Germany seeks to protect its “critical infrastructure” and “sectors where critical goods and knowledge are developed.”

“In the problematic areas, we have to be more careful than we have been before,” the official noted.

The minister hastened to add, however, that this did not mean decoupling from the country, which is Germany’s second-largest export market.

Habeck also pointed out that Berlin’s approach to trade with Beijing is generally softer than that of Washington.

The vice chancellor named the telecommunications, energy, chip and semiconductor sectors as the ones where Olaf Scholz’s government seeks to retain its “own sovereignty.” 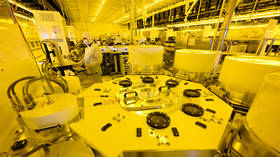 Earlier this week, authorities in Berlin put a stop to two Chinese buyouts of German tech companies, citing a risk of crucial know-how being lost.

Habeck went on to cite critical infrastructure such as ports, airports and hospitals as another area where Chinese investment may not be welcome.

Referring to last month’s partial purchase of a terminal at the Port of Hamburg by Chinese company Cosco, which went ahead in a diluted fashion, the minister admitted that he would rather the deal had not happened at all.

He explained a compromise was needed to secure “unity in the Cabinet,” implying that not all members of the three-way ‘traffic light’ coalition agreed with his tough stance.

According to Habeck, Olaf Scholz’s government is, however, united in general when it comes to Germany’s China strategy.

The official also argued that an attack by China on Taiwan would have more serious ramifications for the global economy than Russia’s ongoing military campaign against Ukraine.

Habeck warned German multinational corporations, which have a strong presence in China, that they should be aware of potential risks.