Germany admits it ‘can’t give much more’ to Ukraine

Berlin will continue supporting Kiev but its weapons stocks are now too limited, the German defense minister said 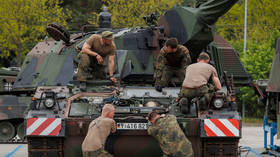 Berlin stands ready to support Ukraine in the future but in terms of weapons supplies it can’t “give away much more,” German Defense Minister Christine Lambrecht said on Tuesday.

During a visit to Mullheim, she told reporters that Ukraine could be assured of Germany’s intentions “to continue to support them in the future.” Stressing that Germany had already provided Kiev with some state-of-the-art heavy weapons, such as Panzerhaubitze 2000, Lambrecht also said that she had a very trusting and constructive relationship with her Ukrainian counterpart, Alexey Reznikov.

“We can’t give away much more from the Bundeswehr, I'll say that very clearly, and my colleague is aware of that,” the German minister said.

Earlier this month, Lambrecht made it clear that Berlin would keep supporting Ukraine “with everything possible” but not at the expense of its own defense capabilities.

Germany has been providing Ukraine with assorted weaponry since the beginning of the Russian military offensive against the neighboring country in late February. 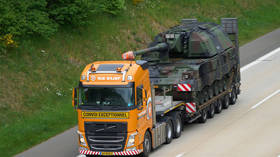 Still, Berlin lags far behind the top arms suppliers, the US and the UK, and has been facing accusations from both the media and Ukrainian and Polish officials of “overpromising and under delivering” when it comes to the military supply to Ukraine.

German Chancellor Olaf Scholz has previously addressed these accusations, noting that his country is unable to provide Kiev with weapons at a similar pace to the United States because its resources are more limited. At the same time, the chancellor stressed, Germany had already sent all the weapons it had in stock to Kiev, as well as some brand-new weapons.

Scholz also confirmed that Germany would continue supplying Ukraine under the “circular exchange” principle, a scheme in which Eastern European countries donate their Soviet-era military inventory to Ukraine and in turn receive more modern systems from Germany.

Meanwhile, Russia has repeatedly warned the West against sending weapons to Kiev, saying that it would only prolong the conflict, increase the number of casualties and lead to long-term consequences. Russian Foreign Minister Sergey Lavrov recently said that continuing to “pump up” Ukraine with weapons would only prompt Russia “to perform more missions on the ground.”