Relief measures taken by Berlin amid an energy crunch are not enough, half of respondents say in a fresh survey 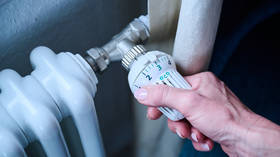 Half of the Germans asked in a survey have said they’re afraid they might not have enough money to financially “survive” the coming winter, the poll commissioned by the tabloid Bild showed on Sunday. Most people also believe the existing government’s relief measures to alleviate the fallout of the ongoing energy crunch are not enough, the report said.

Only 36% of respondents believe that government measures could help them get by, according to the survey carried out by the INSA polling agency. In late October, another INSA poll also showed that more than half of Germans believed that Chancellor Olaf Scholz was not up to the challenges the nation was facing. 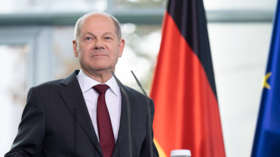 The findings come at a time when Germany is grappling with an energy shortage, partly caused by the EU’s drive to give up importing Russian energy, in response to Moscow’s military operation in Ukraine. The crisis has driven up oil and gas prices, sparking fears of a potentially “chilling winter” across Germany.

In October, Berlin unveiled a $200-billion plan to support industries as well as households through the winter. The plan in particular involves subsidizing a certain amount of energy consumption by households and by companies to limit the impact of the high gas prices, and the setting of energy price caps. The exact volume of energy consumption to be subsidized has not been revealed yet.

German authorities also have other measures in place to get through the winter. Citizens were previously urged to limit their energy consumption by lowering their heating temperatures and by showering less. Some German cities also announced creating public “warm-up” spaces for those unable to afford their energy bills in particular.