Natural gas usage was down nearly 15% from January to June on an annual basis, data shows 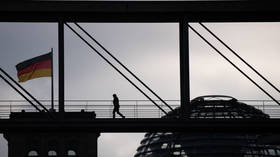 Natural gas usage in Germany plunged in the first half of this year, Reuters reported on Tuesday, citing the power industry association BDEW.

The country consumed nearly 15% less natural gas compared with the same period of 2021, mostly due to far milder spring weather, the report said. Even after being adjusted for temperature effects, the drop was still 8%, according to the outlet.

BDEW highlighted that much higher energy prices, weaker economic growth and increased personal motivation to save energy may have also contributed to the decline.

In June, gas consumption was nearly a quarter lower than the same month last year, according to BDEW. Nevertheless, the association noted that nearly all households and public buildings could do more to cut consumption, such as by turning down the heat by a degree or two in winter.


READ MORE:
Berlin turning off city lights to save energy

The statistics also showed that the country’s electricity generation from gas has been declining since the middle of 2021. In the first half of 2022, gas-fired power plants generated around 12% less electricity than in the same period last year, BDEW noted.

It was reported on Monday that Berlin has since late July stopped illuminating around 100 public buildings and historic landmarks in order to save energy. The city authorities said that in total, 150 buildings will no longer be lit at night.