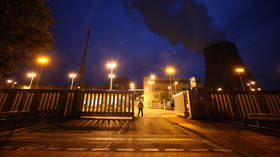 The German parliament has approved extensions to the operational lives of the country’s three remaining nuclear power plants. The move was proposed by Chancellor Olaf Scholz’s government in response to the escalating energy crisis.

It is now expected that the facilities will keep running until April 15, 2023, past the initial shut-off date scheduled for the end of this year.

The vote to approve the measure, which was held on Friday, saw 375 lawmakers back the measure, 216 oppose it, and 70 abstain.

The decision will give Isar 2 and Neckarwestheim 2 in Southern Germany and Emsland in the northwest of the country a new lease on life.

The original deadline to take the plants off line was set back in 2011, shortly after the Fukushima nuclear disaster in Japan.

However, the plan was criticized by MPs representing both ends of the political spectrum.

While the Left Party insisted that Germany should shut all of its nuclear plants as soon as possible for safety reasons, the Christian Democrats argued that the approved extension was in fact inadequate and called for the facilities to be kept on line until the end of 2024 instead. Their proposal, however, failed to garner enough votes to be approved.

The issue of how to proceed with the nuclear power plants had previously divided the governing coalition in Germany. The Green Party had argued that only two out of the three facilities should remain operational, while the pro-business Free Democratic Party favored leaving all three plants running. Some in the party even called for other such facilities that had been shut down last year to be resuscitated.

The plan to keep the facilities operating was developed after Chancellor Olaf Scholz last month ordered his cabinet to work out measures that would help see Germany through the winter. The European powerhouse is facing a major energy crisis, which began back in 2021 amid the Covid pandemic, and was further affected by the ongoing conflict in Ukraine and subsequent Western sanctions against Moscow. 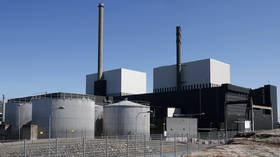