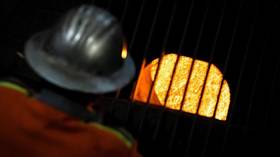 German industrial production dropped more than expected in March, data released on Friday by the country’s statistics office shows. According to Destatis, Covid-related supply chain issues have been exacerbated by the conflict in Ukraine.

Production slid by 3.9% last month following a 0.1% increase in February, far outstripping expectations of a one-percent decline. On an annual basis, industrial output slumped by 3.5% in March following a 3.1% jump the month before.

Manufacturing production lost 4.6% in March and energy production was down 11.4%, while construction output gained 1.1%, according to the data. On Thursday, it was reported that manufacturing orders logged a 4.7% on-month decline in March. 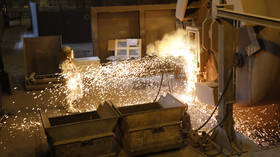 The largest drop was recorded for capital goods, used by businesses in production, which tumbled by 8.3%.

“In these politically and economically difficult times, the decrease also shows a growing reluctance to invest,” the statistics office said in a statement.

Foreign orders from outside the eurozone nosedived 13.2% in March, while demand from inside the area strengthened by 5.6%. Domestic orders edged down by 1.8%.

“Many enterprises still have problems completing their orders because of interruptions in supply chains, which is due to continuing Covid-19 crisis restrictions and the war in Ukraine,” Destatis said.