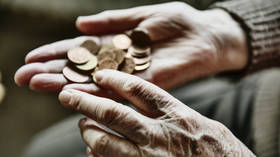 The German economy is expected to lose more than €260 billion ($265 billion) in added value by 2030 due to the conflict in Ukraine and high energy prices, Reuters reported on Tuesday, citing a study by the Institute for Employment Research (IAB).

According to the study, Germany's gross domestic product (GDP) is set to be 1.7% lower in 2023, while the country will have about 240,000 fewer jobs. The employment level is forecast to stay at this level until 2026, when the after-effects of the current crises are expected to end.

The country’s hospitality industry, already weakened by the Covid-19 pandemic, is expected to be hit the hardest as consumers’ purchasing power dwindles. Other sectors which are likely to be affected are the chemical industry and metal production, as they are highly reliant on energy supplies.

The study notes that energy prices are already up by 160% against those recorded prior to Russia’s military operation in Ukraine and the subsequent sanctions war between the EU and Russia. If these prices are to grow further, which they will if Berlin stops purchasing Russian energy, Germany’s 2023 economic output is expected to be nearly 4% lower than it would have been without the current pressures, according to the study.

Earlier this year, five of Germany’s top economic research centers published a joint forecast regarding the effect of the current situation on the country’s GDP. They estimated that Germany could lose slightly less, €220 billion in GDP, but over a shorter period of time – in two years. They also predicted that the country would experience the highest rate of inflation in its modern history, and possibly a recession, if Berlin doesn’t change its stance on Russian energy supplies.