Sanctions are threatening the repair of other critical equipment for the Nord Stream 1 pipeline, the company says 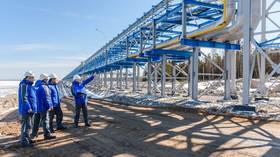 Western sanctions are hindering the return of a gas turbine from Germany and threaten future equipment maintenance at the Nord Stream 1 pipeline, Gazprom announced on Thursday.

In the latest development in the gas turbine repair row between Moscow and Berlin, the Russian energy major has laid out the reasons why the Nord Stream 1 pipeline is not fully back on-line an why getting repaired equipment back is impossible.

“The current anti-Russian sanctions are hindering the successful resolution of the issue of the transportation and repair of Siemens gas turbine engines for the Portovaya compressor station, which supplies gas to European consumers through the Nord Stream pipeline.” Gazprom wrote on its Telegram channel.

The crucial part that is stuck in Germany, after repairs in Canada, should have been sent back to Russia in May. But the paperwork for its return is not in order as it was issued by Siemens Energy and not the firm that is contracted to Gazprom, the gas giant claims. 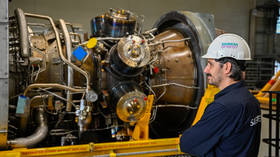 If the turbine is shipped to Russia, there is a risk that Canadian authorities will see this is a breach of contract, and withdraw permission for further maintenance of turbines to be carried out on its soil.

According to Gazprom, only one of the six main gas compressor units is currently operational at the station with its daily delivery capacity reduced to roughly 20%. The remaining turbines require factory maintenance or overhaul, Gazprom adds.

The company explained that other Western sanctions regarding the transportation of gas equipment may also apply to the turbine. All of which, given the current situation, makes the return of the equipment impossible, reiterated Gazprom.