Home Iz minuta u minut Fyodor Lukyanov: The wider world does not uniformly adhere to the Western...

Fyodor Lukyanov: The wider world does not uniformly adhere to the Western view of ‘justice’

Russia is discovering that its move away from the West is finding approval, even if some of the Global Majority may be wondering why it took so long 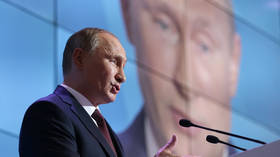 Military and political tensions in Europe have long been a catalyst for profound change in the structure of world politics and economics. And, of course, they have often altered Russia’s place in the world.

While the signs of the former have been evident for at least a few years, the latter is now clearly visible. Last month’s annual meeting of the Valdai International Discussion Club in Moscow clearly illustrated this trend and raised important questions.

Many in Russia have long spoken of the need to move away from the Western-centric view of the world which has been inherent in our political consciousness for centuries. It is not a question of sympathies or antipathies, but of understanding changes in the world order: One cannot take a residual view of a vast part of the world where, as is now commonly said, the Global Majority live and where the most intensive development is taking place.

No one argues against this, but it is difficult to overcome the deep-rooted tradition of evaluating our own actions through the prism of relations with the West. The events of 2022 forced this to be done in emergency mode – the West itself took the initiative. 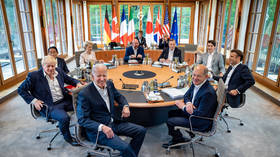 The Valdai event was revealing in this regard, as there was renewal in the very participantsthemselves. The usual guests from Western Europe and the US did not come for the most part – some for reasons of principle, while others were not allowed to attend by their employers. Thus, the audience provided an opportunity to assess a representative cross-section of the Global Majority, and their attitudes and demands.

To start with the obvious: The non-Western world can be said to look sympathetically at Russia’s attempt to break the system of Western domination of the international arena. Attitudes to the military operation in Ukraine ranged from understanding the reasons to regretting the humanitarian cost, but there was virtually no condemnation – much less calls for punishment –for Russia challenging the West. And the reason for this is not approval of the actions in Ukraine, but precisely because the inhabitants of the former Third World consider it right, and historically just, to oppose former colonial overlords.

In other words, the accumulated irritation with the West, in this case, manifests itself in a firm refusal to follow Western attitudes.

And so, it follows that an uncharted path emerges. Russia now speaks of the need for a world order in which all states are free to realize their cultural and national particularities. Without standards being imposed from the outside.

This idea has found enthusiastic approval. In Asia, Africa, and Latin America, the sense of injustice – which they believe permeates the entire Western-led world system – has long been at the heart of their views. That Russia has also come around to this way of thinking is welcomed, but it is perceived not as the founder of the trend, but rather as a newcomer who joined in after wandering.

Of course, the Soviet past helps; the world remembers the role the USSR played in decolonization. But there is also an understanding that modern Russia is not the Soviet Union, but instead a country with a much more diverse identity.

And justice is not a universal concept; its interpretation is, again, a product of each community’s culture. Especially in the international arena, where the understanding of what is right is inextricably linked to the realization of national interests. Therefore, while “justice” as a slogan is good and right, as a guide to action is hardly applicable in practice. More precisely, it needs to be filled with very concrete steps that the interlocutor will find beneficial, opening up new opportunities. 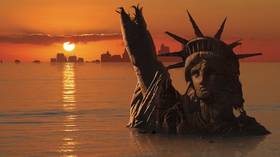 The non-Western world, however it views NATO countries, has no interest in unnecessary conflict and complications. At least for now, while the restructuring of the global structure is only gaining momentum. The advantage that the West has at its disposal is large, although it is shrinking. So is the extent of Western influence on world processes.

Accordingly, the realization of ideas of justice lies first and foremost in the creation of alternatives to the previous international monopoly, and the possibility of building effective ways to interact and develop not against the West, but bypassing it, without its involvement.

Everyone has an interest in this, and the events of 2022 have shown that such a possibility exists. All the more so as the West itself, in seeking to punish Russia, has demonstrated the extent to which it is prepared to exploit its advantages. And, by the way, to further speculate on the subject of justice, the furor around the Ukrainian “grain deal” has shown that talk about care for the weak and the poor can easily be used for specific political, economic, and even military purposes.

Russia is facing a challenge of truly historic complexity. First, it has to interest the non-Western world not in the ideological agenda (this is more or less working out), but in the absolutely practical benefits of interaction. Secondly, it needs to initiate parallel channels of such dealings that are protected from the punitive influence of unfriendly countries. This requires maximum creativity, as almost everything will have to be created from scratch.

And to generally address the problems in the new context, one prerequisite is needed. We must understand that all of this is not a way of lashing out at the West, but instead the only way for Russia to adapt to the changed circumstances in order to survive.

The circumstances that we had gotten used to, in the past, no longer pertain.