Fyodor Lukyanov: Russia and the EU’s messy energy divorce places both sides in a race against time

For half a century, both sides have benefited from close cooperation, but that era is drawing to a close 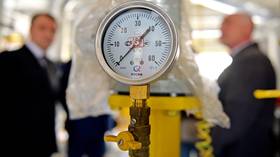 The debate over Russian gas is heating up across Europe. For instance, Nord Stream’s turbine maintenance procedures would have been a routine issue before, but now it has turned into a major political problem. And then there’s the situation regarding pumping gas through the parts of the Ukrainian pipeline system that are not currently controlled by Kiev.

We will let the experts deal with the legal side of things, but as things stand, we can assume this is not the most important aspect. Europe (not just the EU, but the whole geographical region) is facing a massive force majeure situation, which normally serves as a legitimate basis for suspending any contractual obligations. The fact that the players concerned haven’t stated it officially is a political game, in which each team is trying not to lose too much (yes, some games don’t have a winner at all). Another objective is to postpone a decisive energy battle, which is not inevitable, but very likely.

For over 50 years, energy partnership has served as a strategic foundation for relations between Moscow and Brussels. This partnership has been extremely beneficial for both sides.

The EU received cheap gas, which helped it compete in the global markets even before the end of the Cold War, but especially afterwards. Meanwhile, Moscow gained a steady income and strategic partnership in engineering. 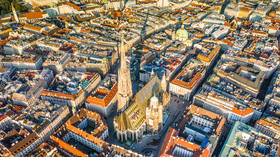 After the USSR’s collapse, the cooperation grew stronger, since bilateral limitations in the areas of politics and security became lax. Even though these restrictions didn’t disappear altogether, mutual dependence and benefits boosted cooperation, which seemed to guarantee peace and stability.

The situation began to change long before 2022. Transit countries trying to capitalize on Soviet pipelines was a major complication. New elements were at play now, something that wasn’t part of the original setup. The political logic behind the EU project with its expansion eastward and the new balance of the whole system amplified the transit factor, which began to influence decisions made by Western European leaders.

On the other hand, the bloc itself started to diversify energy sources, trying to minimize the role of fossil fuels. This inevitably shook the foundation. Since late 1960s, long-term contracts had been the basis for energy cooperation. This allowed the sides to plan ahead. But from the beginning of the 21st century, this planning timeframe started to shrink, which resulted in some anxious behavior.

The events unfolding in 2022 have been indicative of one thing – that political ambitions and impulses have finally trumped economic expediency, and when that happened, mutual dependence became no longer an extenuating factor in an otherwise quite naturally competitive relationship between major stakeholders on the international market, but an aggravating one. Hence the current battle of wills that puts the involved parties’ resolve and resilience to the test. 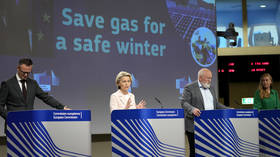 Under normal circumstances, there would be no problem getting the procedure on track, agreeing on the details with the client, or finding workarounds if necessary. However, in circumstances that are far from normal, everything becomes a problem, on top of the fact that trust in politics and business has a very short shelf life, and is not so easy to win back, if at all.

As of today, it’s impossible to imagine Russia and the EU ever returning to the same relationship in the energy sector they enjoyed before. This dynamic is now being used by Moscow for political leverage in response to the measures of economic punishment undertaken by Brussels in the spring and summer.

In theory, this tit for tat could lead to a certain trade-off that could ease the pressure on both sides, but that would require some strictly pragmatic decision-making, and reason hasn’t exactly been a popular approach so far. The case of Hungary tells us that it actually is possible, but remains an exception to the rule. On the other hand, the European Commission’s call on member states to reduce gas use by 15% was met with protests, since members clearly prefer to make any rationing decisions for themselves independently. As a result, it has been agreed that any cuts will be voluntary and have no mandatory cap. The rest will depend on further developments around many fault lines, including those in Ukraine, the EU itself, and between Russia and the West in general.

The short-term significance of Russian-EU relations in the energy sector is obvious – they will set the tone for the relationship in general for some time.

Nevertheless, they do not seem to have the capacity to remain a priority in the long term. The EU sees its goal as finding a Russian gas-free solution for itself. Russia needs to mirror this behavior and urgently develop infrastructure for alternative consumer markets. These might include some Western European states, too, but only on the bilateral track and under conditions varying from case to case.