Fyodor Lukyanov: Collapse of the 20th century order means the world is in a very dangerous place 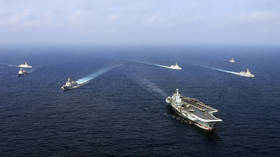 Taiwan has been in the global spotlight this month. More specifically, attentions are fixed on US-China relations in connection with the confusing and ambiguous interpretation of the island's status. This fudge has underpinned the interaction between Washington and Beijing for 50 years.

The agreement to combine the legal (Taiwan is a province of China) and de facto (Taiwan is an independent territory) state of affairs was an elegant innovation in the early 1970s. It paved the way for the development of very intensive relations between the two giant powers, first politically and then economically. The premise was a tacit agreement on the strange nature of the island's borders – real and imaginary at the same time. Now the time has come when the agreement is no longer valid.

The whole history of international relations is about one side establishing borders and another trying to cross them. Both literally and figuratively.

There has been no century when borders have remained immutable, at least in the spaces where international politics were concentrated at the time. And it is clear that redrawing the dividing lines has never been without the use of force, sometimes on a very large scale. 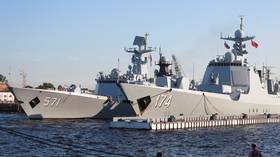 The end of the twentieth century gave the impression – or the illusion – that geopolitical customs had changed. The previous 100 years were turbulent, including world wars and decolonisation – with the formation of dozens of new states. By the 1970s, however, there was a relative balance. The colonial empires came to terms with their own and others' borders. In Europe, the centre of political tension, an agreement was reached, the expression of which was the Helsinki Final Act. This was in fact a division of spheres of influence between the USSR and the USA, with the recognition of existing borders – formal (state) and informal (political).
The second part contained a nuance: Moscow’s consent to general humanitarian principles, opened a loophole. It played a prominent role in subsequent processes, particularly in aggravating the crisis of the Soviet system. The latter, without a doubt, fell victim to its own problems, but there was also an external catalyst that spurred internal civic activity.

Those accords marked an important milestone in formulating the rules of the game. The sides agreed not to seek to attempt to change state borders by classical force, among other things.

Since then, the confrontation has evolved into attempts to shift boundaries invisibly – mentally and ideologically. The US and its allies have been more successful.

The late and post-Cold War period was a time of the powerful spread of Western influence over its former opponents. National boundaries were also changed, but more moderately than might have been the case, given the scale of what was happening. And with relatively limited violence. These few decades gave rise to the view that the political geography would not change again, even if many of the borders were illogical from a historical or strategic point of view.

But an important fact was not taken into account. The agreements on the inviolability of the dividing lines were negotiated in the context of an approximate balance of power. The end of the Cold War eliminated this and could not but shake the whole system of arrangements.

However, things were not static, and the situation has been shifting from complete domination by the West to a greater diversity of influences. It is not only the situation in Europe that has changed. Globalisation has turned the whole world into a stage for action – far more than it was in the twentieth century. Everything has become closely intertwined. But the European principles agreed in the last quarter of the twentieth century have not been valid worldwide, including in relation to borders.

What we are witnessing in 2022 demonstrates how the problem of borders is returning in a very classical way.

The cunning compromise of the 1970s to recognise/non-recognise Taiwan could only work if there was a clear balance of interests. This arrangement has collapsed and the problem has come to the fore in the most dangerous way – a blatant ambiguity in the interpretation of the political and legal status of the extremely important territory.

Today there are already calls (quietly so far) for a new Helsinki-style security conference. It is time, they say, to agree on new rules. The idea is obvious, but it does not seem realistic at the moment, because the treaty did not establish the status quo, rather it fixed it. 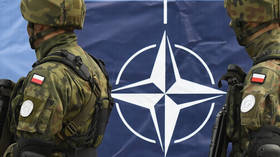 There is nothing to solve now – everything is in flux. Helsinki covered a big space – the Euro-Atlantic – but still a limited one. Now the place of action is the whole world, and there are so many players with different interests that it is not even methodologically clear how to take it all into account.

The CSCE (later the OSCE), established in 1975, was built on the principle of international regulatory institutions, which were in their heyday at the time. They are all in decline now and new ones are not emerging. And, of course, there was a desire for stabilisation back then. Today, there is no sign of it; the focus is on achieving goals by force.

The conclusion is simple – there are no magic remedies. The world is in a dangerous phase that requires all major actors to be extremely cautious and to be able to accurately understand the consequences of their actions. And there is no other form of international system for the foreseeable future. Everyone is talking about it. But still they continue to act as they wish.

So, the penny hasn’t dropped yet. Let’s hope that it does before it’s too late.