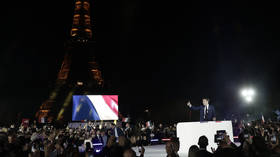 Incumbent French President Emmanuel Macron scored 58.55% in the second round of the presidential election, according to the country's Interior Ministry announcement following the completion of the vote count. Macron's rival, leader of the far-right National Rally party, Marine Le Pen, received 41.45%.

The French Constitutional Council will sum up the final results in the middle of the week.

Le Pen had already admitted defeat, but promised to continue fulfilling her obligations to the French. In particular, Le Pen said that her political movement will start a big fight in the parliamentary elections. 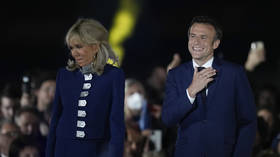 Voting ended at 20:00 local time. The turnout was 73.07%, which is considered a very low figure for a second round of a presidential elections. It was only in 1969 that this score was lower, with only 68.9%.

The President of France is elected for five years. About 49 million citizens can take part in the voting. The first round was held on April 10. Twelve candidates took part in it. Macron and Le Pen advanced to the second round. In the first round, the incumbent head of state won 27.84% of the vote, while the leader of the National Rally gained 23.15%.