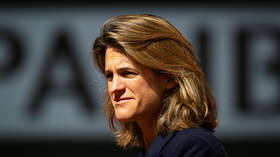 The director of the French Open, Amelie Mauresmo, has backtracked on comments she made that suggested women's tennis matches have less appeal than men's matches and protested that she was quoted "out of context".

Mauresmo was initially responding to criticism over just one of this year's 10 night sessions at Roland Garros featuring a women's match, which prompted her to say that men's matches boasted "more attraction and appeal" than women's matches and took women's world number one Iga Swiatek by surprise in the process.

"I think women’s tennis has a lot of advantages. It is a little bit disappointing and surprising because she was also in the WTA," Swiatek commented.

"I want to say sorry to the players that really felt bad about what I said," Mauresmo offered on Thursday, insisting that the comments she had made were taken out of context.

"The people who know me, who've known me on and off the court, throughout my career, throughout everything that I've done, know I'm a big fighter for equal rights and women's tennis, [and] women in general," the two-time Grand Slam winner also said.

Mauresmo, who is in the first year of her role at the clay court spectacle, claimed it is "more difficult" to put women's matches on late at night and is looking to change the format of sessions moving forward. 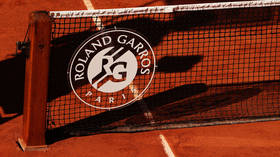 "Next year to be more fair to the women's players it would be good to maybe have the possibility to put two matches or maybe a women's match plus a doubles match [on at night]," Mauresmo proposed.

Furthermore, the 42-year-old said that it is tougher to schedule a women's match because of the shorter length of the three set games compared to those that span five in men's tennis, which means that the "fair thing to do" for ticketholders also has to be considered.

"We will try to find a better solution to be fair to everyone. We tried to modernize the event, move forward and there are some adjustments to be made," Mauresmo concluded.

Reaching this stage of the competition for the second time in her career, Swiatek will take on Coco Gauff in the final on Saturday in an attempt to regain the crown she won in 2020 against Sofia Kenin.