The group also planned a campaign of “intimidation and terror” against mosques and migrants, the government claims 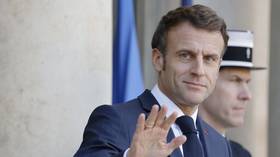 A group of people with far-right views have been ordered to stand trial over an alleged plot to attack President Emmanuel Macron in 2018. The suspected leader of the accused allegedly discussed stabbing Macron with a ceramic knife at a public event.

The group – 11 men and two women – are facing charges of terrorist conspiracy and preparing terrorist acts, crimes carrying sentences of up to 30 years in prison, AFP reported on Thursday.

In conversations in a Facebook group in 2018, the suspects allegedly planned attacks on mosques, migrants, and members of Macron’s government. Their suspected leader, a retired man named Jean-Pierre Bouyer, allegedly discussed sneaking an undetectable ceramic knife into an event attended by Macron, with the aim of attacking the president. 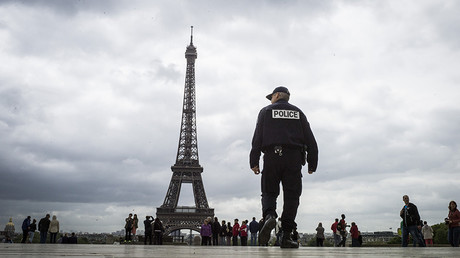 Several members of the group were arrested in late 2018 after Brouyer drove to a ceremony commemorating the end of World War I attended by Macron. One of those arrested was found with a .44 caliber handgun and grenade parts, BMF TV reported at the time.

According to charging documents seen by AFP, the group intended “to cause serious public order disturbances through intimidation and terror," by “carrying out violent acts against the head of state and members of the government in order to overthrow public institutions…and also by targeting symbolic locations such as mosques or specific groups such as migrants in order to influence the policies of the government."

Earlier in 2017, a man was charged with planning an attack on Macron during Bastille Day celebrations in Paris. The man reportedly told the authorities that he was also planning to attack “blacks, Arabs, Jews or homosexuals.”