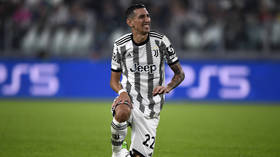 Argentina international Angel Di Maria and his family are unharmed after his home in Turin, Italy, was broken into by burglars while he was relaxing with his family and a teammate from Juventus.

It is the third such time that Di Maria has been targeted by burglars and follows similar incidents during his time with both Manchester United and Paris Saint-Germain.

It was reported that three men broke into Di Maria's home which he shares with his wife Jorgelina and his young daughters Pia and Mia, with one of the burglars understood to have been arrested at the scene by police after an alarm was trigged which alerted a private security firm.

Two other men are understood to have fled the scene are currently being sought by Italian police. 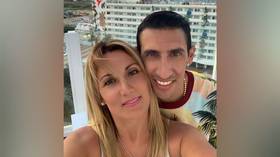 There are also unconfirmed reports that neighbors heard at least one gunshot and that a firearm was located at the scene.

Per Italian publication the Gazzetta Dello Sport, the burglary took place on Thursday at around 7.30pm local time, and in the same local area in Turin in which Cristiano Ronaldo used to live while he represented Juventus.

Di Maria has not yet commented on the matter, which occurred a day after he provided three assists for teammates during his team's Champions League victory against Maccabi Haifa on Wednesday.

Thursday's incident came seven years after Di Maria put his Chesire mansion on the market while contracted to Manchester United after thieves attempted to force their way into the property while he was having a meal with his family.

In March of last year, Di Maria was substituted during a game for Paris Saint-Germain amid reports that his home had been burgled with his wife and children were present, though they did not have any contact with the criminals throughout the episode.

Three men and a child were subsequently arrested.