First ‘right to repair’ law for electronics passed in US 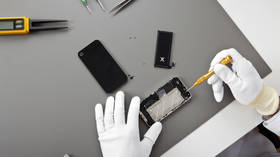 Called the Fair Repair Act, the bill passed the state assembly on Friday and is expected to be signed by Governor Kathy Hochul. It will take effect a year after it becomes law.

Grassroots groups and federal agencies alike have long been pushing for legislation to require companies to make repairs more accessible, with even US President Joe Biden issuing an executive order last year calling for the Federal Trade Commission to enforce repair rights. 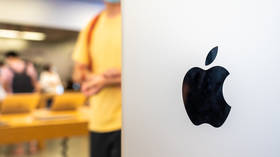 The New York law encompasses the biggest gains for right to repair advocates thus far, with self-repair group iFixit championing the bill as “one giant leap for repairkind.” Nathan Proctor, the lead Right to Repair campaigner for US Public Interest Research Group, hailed the bill’s passage as a “hard-earned victory” for the movement.

Assemblymember Patricia Fahy, who shepherded the bill through the New York State Assembly, praised it as well, saying it will “put consumers first, level the playing field for independent repair shops, and reduce our e-waste footprint on the environment.”

“By requiring digital electronics manufacturers to allow access to critical information and parts required by independent, local repair shops to complete repairs on most products, this legislation ends what is a monopoly on the repair market by corporate actors and incentivizes competition within the industry,” she said.

Once the law takes effect in New York, other states will likely fall in line quickly, given that repair manuals published in one state can easily make their way over the borders to the next – and to other countries, for that matter.

Electronics are far from the only point of contention with regard to right of repair, however, and the New York law includes exceptions for home appliances, medical devices, public safety communications equipment, and farming equipment.

However, with a massive global food shortage looming, the companies that make farming equipment will have an ever-harder time justifying the proprietary technology that forces users to send for expensive repair technicians whenever a tractor breaks down. The chronic shortage of technicians who are frequently booked months in advance will mean crops that are already scarce are not being harvested.