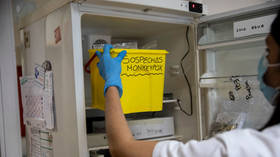 A 41-year old man has died of monkeypox in Brazil, while Spain also reported its first death from the disease on Friday. These are first known fatalities outside of Africa, where monkeypox is endemic.

According to a statement by the Brazilian Health Ministry, quoted by local media, the deceased patient had a weakened immune system and suffered from lymphoma, among other diseases.

“He was hospitalized in a public hospital in Belo Horizonte, and was later taken to intensive care. The cause of death was septic shock, aggravated by monkeypox,” the ministry said.

The health authorities from the state of Minas Gerais, where the patient had been hospitalized, said that he died on Thursday. 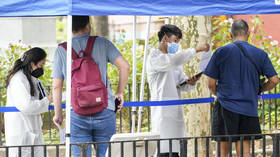 Meanwhile, on Friday evening the Spanish Health Ministry confirmed the first monkeypox death in the country, thus marking the first one in Europe. In its latest report, the ministry revealed that of the 3,750 monkeypox patients in Spain for whom information is available, 120 have been hospitalized (3.2%) and one has now died. The authorities have not provided any additional information on the deceased.

The World Health Organization, which recently declared the 2022 monkeypox outbreak a global health emergency, had so far reported five deaths, all in African countries.

Meanwhile, the number of new cases around the world continues to grow. On July 28, the US Centers for Disease Control and Prevention reported a total of 21,148 cases in 78 countries, of which nearly 21,000 are in countries “that have not historically reported monkeypox.”

The US leads in the number of cases globally, with nearly 5,000 infections reported.

Monkeypox is similar to human smallpox, which was eradicated in 1980, and is endemic in parts of west and central Africa. Its initial symptoms include fever, headache, muscle aches, backache, swollen lymph nodes, chills, and exhaustion, and those afflicted develop distinctive skin lesions.

According to the WHO, the current monkeypox outbreak “is concentrated among men who have sex with men, especially those with multiple sexual partners.”

However, recently the first monkeypox cases have been reported in children. A combined vaccine for smallpox and monkeypox is in production and has been distributed in major cities in the US, UK, and several European countries.