The improvements are planned for critical areas, a senior border official says 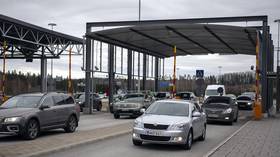 Finland wants a stronger fence on the border with Russia, Colonel Marko Turunen, commander of the North Karelia Border Guard, told the media. The news comes amid the standoff between Moscow and the West over Russia’s military campaign in Ukraine.

Turunen told MTV3 that officials are analyzing the state of the border fence, but the final decision to reinforce it has not yet been made and no actual work has been done so far.

“If such a decision is made, we will proceed in a controlled and planned manner,” Turunen said on Saturday.

Russia and Finland share a 1,343km (834 mile) land border. According to MTV3, from the Finnish side, it is only protected “by a thin and rusty barbed wire fence.”

Turunen said a stronger fence is planned for high-risk and critical areas, including border crossings and areas nearby. He declined to reveal the specifics on the estimated length of the planned reinforced fence and its construction. 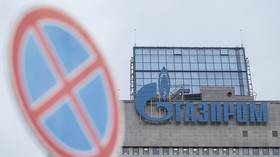 Interior Minister Krista Mikkonen told MTV3 that “Finland’s capacity to maintain border security needs to be strengthened, and its crisis preparedness must be improved.”

Riikka Purra, an MP and head of the right-wing Finns Party, backed the idea. “Construction is, of course, always expensive, but nothing is as valuable is our security,” she told the channel.

Russia’s attack on Ukraine in late February prompted discussions on whether Finland and Sweden should reconsider their longstanding policy of military nonalignment and join NATO. In a report submitted to the parliament last month, the Finnish government argued that joining the US-led bloc would “enhance the stability of the region in the long term,” but could also result in “increased tensions” along the border with Russia.

Moscow has repeatedly said that it sees the bloc’s expansion eastward as a threat to national security. Former Russian President Dmitry Medvedev, who is now the deputy chairman of the country’s Security Council, warned that Moscow will deploy additional troops on its western flank if Finland or Sweden join NATO.

Russia attacked Ukraine following Kiev’s failure to implement the terms of the Minsk agreements, first signed in 2014, and Moscow’s eventual recognition of the Donbass republics of Donetsk and Lugansk. The German and French brokered protocols were designed to give the breakaway regions special status within the Ukrainian state.