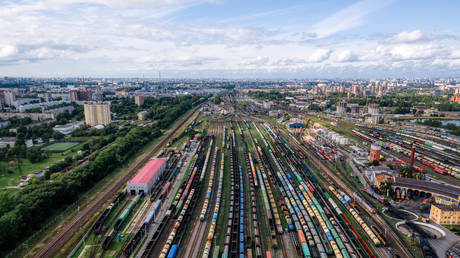 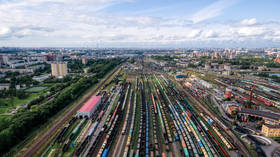 The Finnish authorities have decided to give back Russian railcars detained earlier this year due to sanctions, Moscow’s trade mission in Finland said on Friday. According to its data, more than 800 loaded and empty railcars were seized as of early November.

The decision to return the railcars was made by the Ministry of Foreign Affairs on November 15 following an appeal from Finnish railway operators and the Finnish Transport and Communications Agency (Traficom). According to the appeal, the storage and maintenance of the trains turned out to be too costly and difficult for the rail system operators. In addition, it was noted that some of the railcars contained hazardous substances.

“On November 15, 2022, the Finnish Foreign Ministry decided to return the seized property exceptionally for reasons of reducing costs and security risks to the country’s transportation system,” the Russian trade mission said in its statement.

It noted that the Finnish bailiff service has already notified a number of Russian companies that own the railcars that they will be returned. The railway operators will conduct inspections of the trains and prepare them to be moved across the Russian-Finnish border. No specific dates for this have been announced. 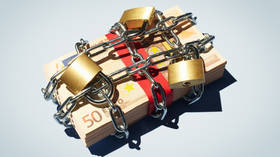 In late May, Helsingin Sanomat newspaper reported that Finland was seizing €80 million-worth of Russian property, including more than 1,000 freight railway cars which occupied about 20km of tracks. The news outlet noted at the time that among the confiscated cargo were about 1.3 tons of acetic acid worth €1.4 million, 248 tons of butyl acetate, and iron ore pellets.

In June, Reuters reported that a total of 865 Russian railcars had been detained in Finland, citing the Finnish state railway operator, VR, and a letter from Russian Railways. The seized equipment largely belonged to Russian companies affected by the Ukraine-related EU sanctions. Among them were Uralhim-Trans, whose former owner, Dmitry Mazepin, fell under EU sanctions in March; Rusagrotrans, part of Demetra Holding, whose controlling stake was previously owned by sanctioned Russian lender VTB, as well as Russia’s largest transport leasing company, GTLK; and Alfa Bank’s transport leasing division.