Work will be terminated with immediate effect 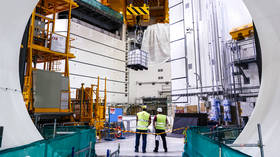 The planned Hanhikivi-1 site was commissioned by Finnish-Russian consortium Fennovoima, in which Finnish stakeholders own two-thirds, and the rest is held by Rosatom subsidiary RAOS.

Cooperation with the RAOS Project has been “terminated with immediate effect” due to “significant delays during the last years” and “risks for the project” associated with the conflict in Ukraine which RAOS “has been unable to mitigate,” Fennovoima said in a statement published on its website on Monday. The press release adds that the design and licensing of the project, as well as works at the site, will come to an end.

The construction permit for the Hanhikivi-1 plant was set to be granted by the end of this year, with building due to start next year. However, international sanctions imposed against Russia over its military operation in Ukraine put the plans in jeopardy, with Finland’s minister of economic affairs, Mika Lintila, repeatedly saying it would now be “absolutely impossible” for the government to grant the permit.

The sanctions saw a number of international energy giants, such as Shell, BP, and ExxonMobil, suspend projects with Russia. Russia’s RAOS Project, however, insisted in April that it would proceed with plans to develop the 1.2GW plant despite the uncertainty. 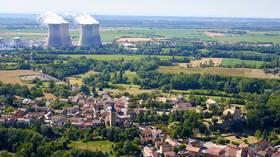 Finland currently has five operating nuclear reactors. The planned plant would have raised the contribution of nuclear power to about 60% of the country’s electricity, and would have replaced coal, which is imported from Russia and Poland. Overall, Finland imports nearly half of the energy it consumes, the majority of which comes from Russia.