The EU member can decide who visas are issued to, but a complete ban is reportedly not possible 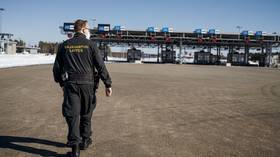 Finland can stop issuing visas to some Russians, as is the case with other EU states, but a complete ban is impossible, Russian news agency Interfax reported on Friday, citing a source in the European Commission.

“EU countries have significant leeway in terms of cutting back on or halting the [issuance] of long-term visas and residence permits pursuant to their national legislation,” the source said, adding, however, that there “will always be categories of people to whom visas must be issued, for example, for humanitarian purposes, for family members, journalists or dissidents.”

Earlier, four parliamentary groups in Finland supported the suspension of issuing visas to Russian nationals over the ongoing conflict in Ukraine. Representatives from the National Coalition, Social Democrats, and Finns Party have also called for making the criteria for granting visas to Russians stricter. 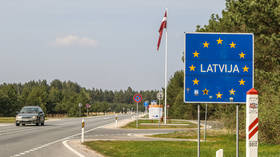 According to Jukka Kopra, the deputy chairperson of the National Coalition Parliamentary Group, Finland should continue to issue visas to Russian citizens while imposing the same restrictions that applied during the Covid-19 pandemic. This means that only Russians with close relatives living in Finland, property owners, or people who receive healthcare in the country would be eligible for entry.

According to Jussi Tanner, the director general of consular services at the Finnish Foreign Ministry, the nation’s authorities are considering several options that would allow visa restrictions to be imposed.

One possibility is to stop issuing visas altogether, but Finland is part of the Schengen Area and must abide by its rules. “The rule of law means that these rules have not changed,” he said.

Other options include closing the border to passenger traffic and working out a solution on the EU level.

Commenting on visa restrictions that could be introduced by Finland, Kremlin spokesman Dmitry Peskov said on Tuesday that Moscow “would, of course, react very negatively,” adding: “All such actions against Russian citizens would require countermeasures and a response – this should be understood and expected.”